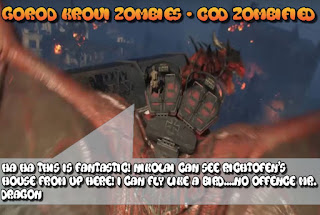 here is how to get to the Pack A Punch in Gorod Krovi zombies for Call Of Duty Black Ops 3. Everyone needs Pack A Punch at some point as the higher the rounds get, the higher the amount of zombies, the more damage they take and generally, your normal weapons do become useless after a while in the game after about round 15+. We all know from previous zombie levels that the Pack A Punch is a force to be reckoned with  and produces some outstanding weaponry. You will want to get to the Pack A Punch room if you intend on doing the DRAGON STRIKE Easter Egg which gets you an artillery style attack which can be used once per round.

The DRAGON STRIKE Easter Egg needs some advanced weaponry to be able to complete it as it lasts 4 whole rounds and turns the Pack A Punch round into a defence station and the player must defend it for 4 rounds straight without dying in order to get this DRAGON STRIKE CONTROLLER which is in fact a crystal.

I will post up how to do the Dragon Strike Easter Egg and how to initiate it after this post....so lets get started... 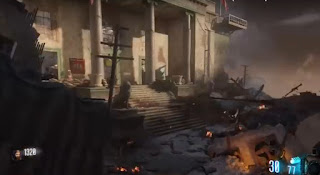 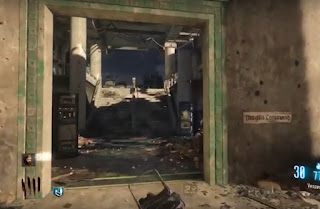 First we need to make our way over to the DRAGON COMMAND CENTER building, which is the one with the giant pillars outside and the stone lions guarding it outside....very sweet crib indeed. When you walk through the front door of it, just to the right before you go up the stairs that are facing you as you enter, flip the POWER SWITCH on to give this building some juice. 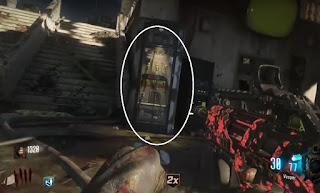 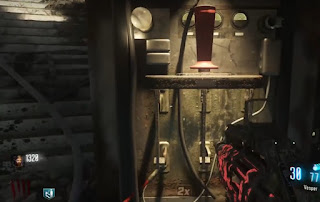 Now that the juice is activated, start killing some zombies within the command centre and you will notice that they start to drop these things called DRAGON COMMAND CODE CYLINDERS. Pick these up as soon as they are dropped. 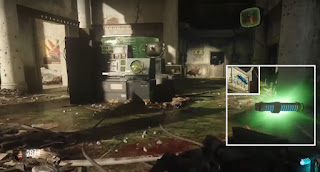 
When we pick up these cylinders, there is going to be a total of 3 different places we can place them around the map. 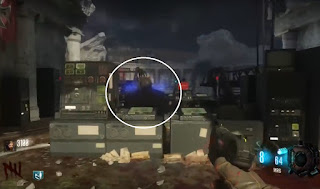 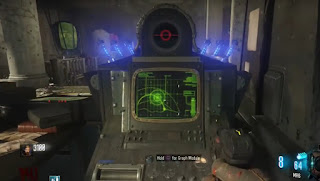 When you get your first code cylinder in the DRAGON COMMAND CENTRE, run up the stairs where the POWER SWITCH was beside and look for the TERMINAL which has a BLUE GLOW emanating from it. This terminal will require a code cylinder so put one in and it will launch the "GROPH MODULE". 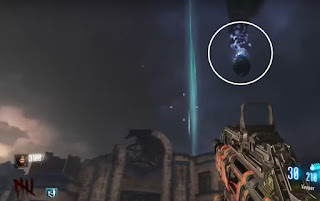 When you have launched it, by holding the USE button on the console, run outside and keep your eye on the sky. After a few moments you should see a fall from the sky and crash into the ground with a bang. When it hits the ground a GREEN LIGHT will activate on top of it and shoot up into the air emanating the light from it the same way the MYSTERY BOX does into the air. This is so that if the box falls and it is not near you, you can easily locate it. 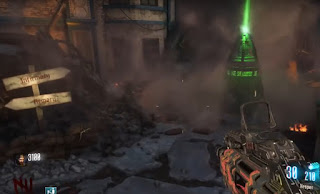 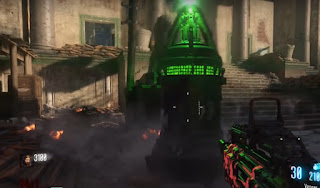 What you want to do for this POD that falls and the other 2 pods, is charge it up by killing lots of zombies near it. When you have killed enough zombies near the pod and charged it up with souls, it will drop a small part for you to pick up. One little niggle is that the pods can be destroyed by zombies so you need to kill them fast as the zombies you will see will be punching and trying to chew their way through the metal.
Once enough zombies have charged the pod up, you will see that it opens up to reveal a piece of Network Circuitry: 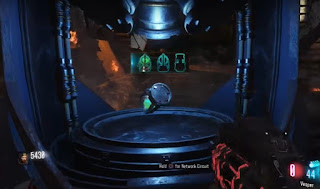 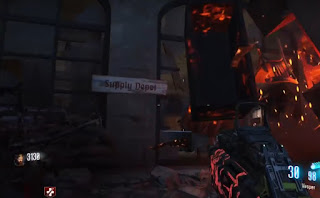 Now that we have one pod down, two to go. We need another code cylinder. Kill zombies like a bat outta hell and when they drop another code cylinder, make your way over to the SUPPLY DEPOT....no time for shopping we have zombie business to take care of here. There is another LAUNCH TERMINAL inside the SUPPLY DEPOT in the main store room at the back, simply make your way around the counter area and into the back store and its on your right, up against the wall. 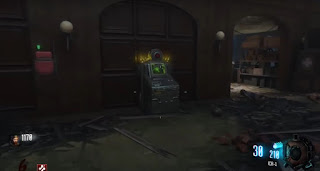 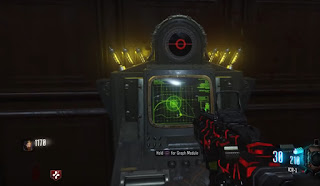 Launch the second Groph Module and head outside and look for the green light beaming into the air. Again charge up the pod with the zombie hordes worthless souls and it will eventually open up like an egg and surprise you with another part of Network Circuitry. Make sure to protect it as if the zombies destroy it you will need to find another cylinder and relaunch the pod again which can be a pain in the butt. 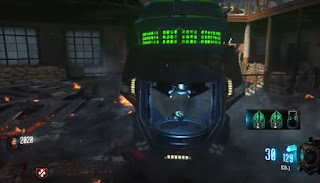 Spinning around to the right of this view you will see the GROPH LAUNCH TERMINAL which you should initiate along with the Soviet Star landmark lurking in the background. When you launch the module repeat the same again in the previous steps and charge the pod up. When it releases its part your ready for your trip to the Pack A Punch room.

The third and final part the pods release looks like this: 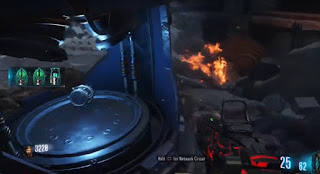 Step 5 - Putting the Pieces Together

Now lets make our way to the OPERATIONS BUNKER and in the basement of it, locate the machine which is currently lit up as RED and insert your 3 parts into it to make it work correctly. When you insert the parts into it, it will now change to being GREEN the display on it. What this does is it activates what is known as the DRAGON CONTROL NETWORK. 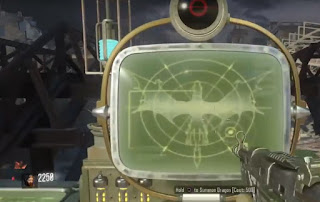 What this now means is that in any of the places where there was a GROPH LAUNCH TERMINAL, you can now go up to it and summon a dragon to take you to the Pack A Punch room from those 3 locations. It costs 500 each time to summon the dragon, it is expensive but beats taking a taxi through zombie infested streets. When you reach the end of the line and above the Pack A Puch room, you will automatically jump off the dragon and through the roof into Pack A Punch....its as easy as that. 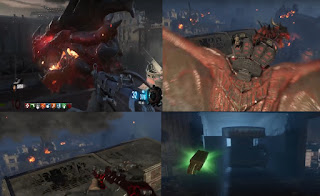 Still unsure how to do the steps? Check out FantasticalGamers awesome video below:


Thanks for reading as always guys. Subscribe to me on Facebook or on Twitter if you want kept up to date with more Zombie Secrets and map layouts.