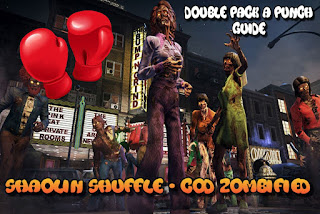 this is how to DOUBLE PACK A PUNCH....yes you heard me, as if the first Pack  A Punch performed on a weapon wasn't amazingly kick ass enough, we can now do it twice on Shaolin Shuffle Zombies! All we need is a few hidden ingredients and a nuclear power stations worth of electricity and your set.  It involves finding a secret switch, a hidden timer and some high voltage. 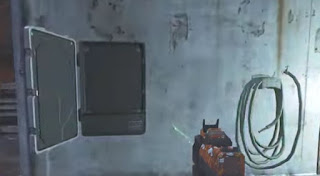 I am sure your double dying to see how to double pack a punch so lets get down to the nitty gritty of it so lets get shuffling along to step 1.

Just like most things in this world, we need to make contact with an inter galactic alien species in order to obtain special fuses to upgrade the Pack A Punch machine. This machine isn't going to accept simple 3 amp fuses from your local hardware store....if it did....everyone would have a Pack A Punch machine in their houses which would be crazy!

If you do not know how to make contact with an alien race, watch the film "Close Encounters Of The Third Kind" to learn how to do it right.

The only pre-requisite for unlocking Pack A Punch is:

Once you’ve opened the doors to the Strip Club, entered the viewing room and activated to the portal to the Projector Room where the Pack-a-Punch machine is located, you can begin the quest to double-up....so take a pack lunch with you in case it takes you a while.

After stepping through the portal in the Strip Club to the Pack A Punch Room, turn left to find a wall-mounted button. Press it to activate an invisible timer which everyone estimates is about 30 seconds long. The button will turn from RED to GREEN letting you know your awesome! 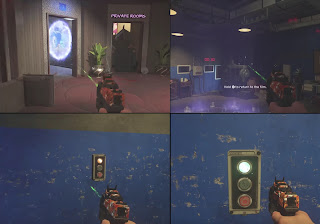 Once the button is pushed, make sure you have your running shoes on as you are going to have to run like their is no tomorrow to the RACING STRIPES POWER SWITCH which is located on the rooftop within these 30 seconds....time is precious and is the essence in which we burn. 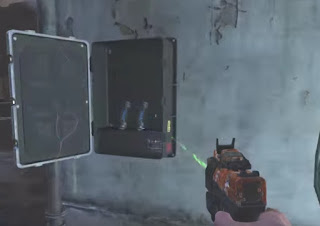 During these 30 second time window, the POWER SWITCH on the roof will be open and have a very nice little surprise for you....2 Alien Fuses....sweet.

Tip: To get to the roof faster, unlock the Chi powers by meeting with Pam Grier in the Dojo. Drink one of the elemental jars, and then use / upgrade Kung Fu to knock down the boarded-up doors, revealing portals that will get you around faster. One of these is located down the street, to the right after leaving the Strip Club.

Bust open both teleport doors to make it to the rooftop in time to grab the Alien Fuses out of the open power switch case.

Next, go down to the subway where the Bang Bang perk machine is located and drop onto the train tracks. There’s a section of the tracks that’s buzzing with electricity. Interact at the dead center of the tracks where the electrical currents are found to place the Alien Fuses and charge them up.

This is at the dead end of the tracks. Watch out for incoming subway trains as they hurt like hell when you get hit at about 40mph with one! They pass through every so often and if your wits are not about you, you may find yourself saying sayonara to the rest of this level. Wait for a train to pass through the subway terminal and over the alien fuses. That’s what charges them, lets just hope they come out in one piece afterwards.

Step 3 - I don't know how to change this plugs fuse

Head back to the Pack A Punch Room and insert the charged Alien Fuses to upgrade your Pack-a-Punch powers. 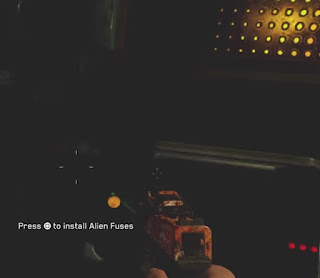 This whole process can easily be completed right after you unlock the Pack A Punch room. This upgrade is one of the easier upgrades to unlock and is totally worthwhile as it stretches out the weapons strength's to still be very effective even in very high rounds.

Still unsure? Then watch the video below for tips:


thanks for reading as always guys.