Getting the nunchucks in Shaolin Shuffle Zombies - Infinite Warfare 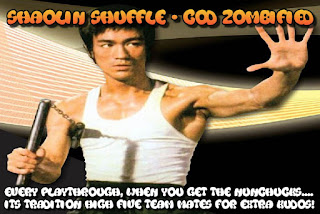 here is how to get the NUNCHUCKS in Shaolin Shuffle for Call Of Duty Infinite Warfare Zombies. Most of us have come across a pair of nunchucks at one point or another....and thought....how hard can it be to be like Bruce Lee and spin them around like its a wet lettuce on a string travelling at 500 miles per hour through the air. Well most of us who have tried to imitate that move usually end up with an ice pack on their head as it takes a hell of a lot of skill and years of training. 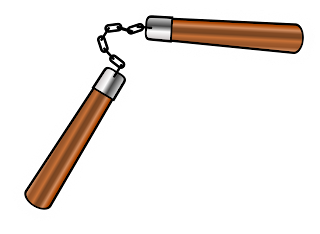 Luckily the nunchucks in Shaolin Shuffle are much safer and you can swing them around like a cat in a tiny room without worrying about knocking yourself out. Just worry about knocking zombie skulls off their shoulder and staying alive is your job.

Lets see how to get these iconic kick ass weapons right now! This ain't gonna be easy but somebody has to do these steps...

* NOTE * - On very rare occasions, nunchucks can drop from the MAGIC WHEELS where if you a bit of ga gambler, you might get them at a knock down and save all the hassle of theses steps. Following the steps however will guarantee you a pair rather than a slim chance.

First we need to obtain a Chi power from the Black Cat Dojo, and use the power to break wooden barriers which have boarded up portal doorways around the map. To unlock nunchucks, you’ll need to complete several clock puzzles. You better be very punctual and always on time, any slackers who fall behind, will get a clip round the ear rather than a pair of nunchucks :). 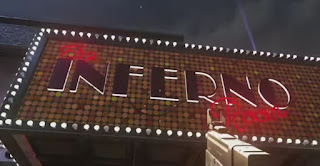 The first clock puzzle is found inside the Inferno Disco just as you enter the front door, directly ahead there is a small table , like the reception area, with an alarm clock sitting on it. Activate the alarm clock and a timer will begin to countdown.

A good thing to have at this point is the Racing Stripes Perk as we need to do everything double time in order to keep up with the timers. Racing Stripes lets you spring for a longer duration without running out of breath. 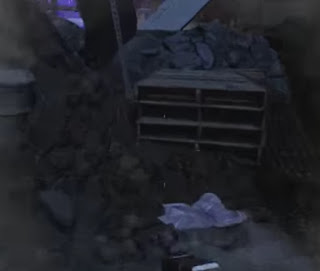 Do a quick U turn and head out the front door of the disco and run to the upper-left end of this area, to the left of the board up portal door. There will be an item on top of several wooden pallets which you need to pick up, immediately to the left of BLUE BOLTS PERK MACHINE. The item will depend what character you are currently playing as.

If playing as these characters check their corresponding items which will appear:

Melee the item for your particular character, then enter the portal to the right of these pallets. 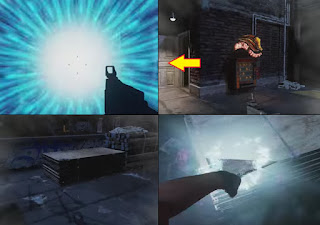 This portal will transport you to the rooftops, as soon as you arrive, haul ass and turn left and melee the next item on a stack of wooden sheets.

If you have done it in time, you will hear an audio quote from Willard Wyler. 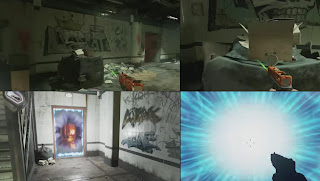 Head down to the Subway area where the Bang Bangs Perk Machine is located. Find and activate the alarm clock here, it is to the left of the stairs as you go down into the subway in front of a giant skull wearing a crown.....what the graffiti artist was thinking when he painted this god knows. However the alarm clock is sitting in front of it on a bit of debris. Activate it then turn left again, and head through the portal door.

This portal door will take you to the area with the Bombstoppers Perk Machine.

When you appear from the portal, you will be in an alley near the Bombstoppers Perk Machine. To the left of the perk machine is a dumpster which will have another item on it, melee it and you will erase and rewind time back to the subway area. Head back over to the Perk machine Bang Bangs and in front of it will be another item to melee.

I know you feel like this is going on forever to get these nunchucks when I could just order a set off Amazon...but I pat you on the back for getting this far and the end is in sight trust me. 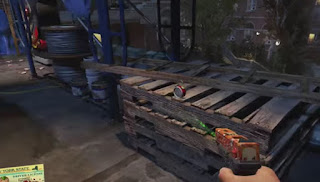 Now you need to head back up to the Inferno Disco rooftop to find the third alarm clock which is sitting on top of a stack of pancakes....I mean pallets....sorry hunger is taking over my brain as I type this, just below a type of scaffolding. Simply activate it and drop down through the hole in the ceiling which is in the window skylight in front of the poster that's on the wall with what looks like a hand coming out of the ground. 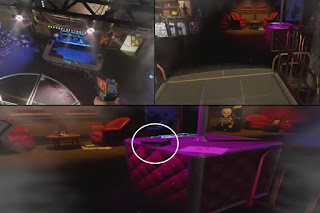 While the alarm clock is activated, drop down through the roof and turn 180 degrees and head toward a purple coloured box which will have a book on top of it that you will need to melee attack to activate it.

If you find the right one, the TV will default to the color test pattern. Keep interacting until a cartoonyrendering of your character’s face appears on the TV set. Once you display your own face on TV, a wave of Zombies and Kung-Fu undead will spawn. Defeat the wave!

Some people argue that you need to defeat the kung fu zombies twice but it worked for me only doing it the once....strange.

For this is very last step we need to smash all of the alarm clocks in quick succession. So lets get to it:

If you attack all three alarm clocks quickly, a Fire Sale will appear. Grab the Fire Sale and go to a Magic Wheel. Use the Magic Wheel, and the Nunchuks will appear. You are now the proud owner of a lethal weapon that kicks ass 27/7.

Still not sure how to get them? Follow the video below for an easy step by step guide.