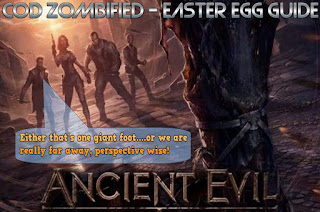 Click here to go to Part 4 of the Guide


Better Safe than a River Of Sorrow

Now make your way to the top of the RIVER OF SORROW area and on the ground on the main steps where you came in, you will notice a little BLUE ICON on the ground. Simply plant the PEGASUS STRIKE down here and it will be like sending a text to Pegasus telling it to meet you at the River of Sorrow ASAP. It will rise up from down below the underbelly of the map. 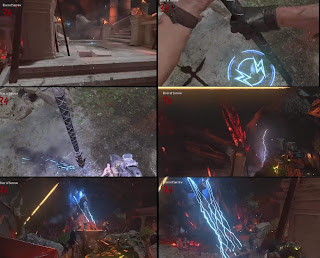 When it appears, it will use some electricity to make a GIANT CROSSBOW appear on the map that looks like it would put a hole in the moon if you fired it towards it, its so big.

Now that the crossbow is locked and loaded, we need to go and get the REDEEMED HAND OF OURANUS. When we have it, stand below the cross bow and look into the middle of it to the left slightly and fire a charged shot from the hand. You will notice the crossbow will move or twitch slightly like its about to sneeze. This is all good. 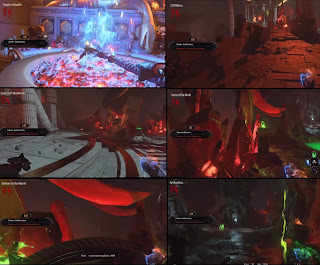 Now we need to run up to the MAIN SPAWN AREA which is the TEMPLE OF APOLLO. Here, take out the APOLLO's SHIELD and dip the spear from it into the BLUE FLAMES of the fire that are burning in front of APOLLO by meleeing it.

Now our spear is on fire, head over to the CENTER OF THE WORLD area beside Pack A Punch, where the VENOM TRAP is located. Turn this trap on and with your spear equipped, run through the falling venom. The flame that was BLUE on the spear, will now be burning GREEN. 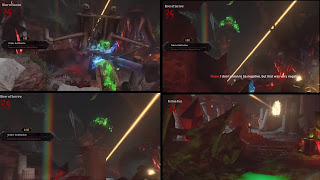 With our new green flame on the spear, we need to head up to the crossbow and melee it from the steps we put the Pegasus Strike Spear into the ground. When we melee it, it will light the arrow on fire and fire it into the giant egg that sits behind Pack A Punch. When it knocks the egg down, it will reveal a portal that will take you to the final boss fight. 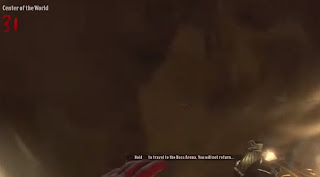 You can enter it by heading over to the CENTER OF THE WORLD and holding the Use button at the portal to enter.

When you enter the portal, a cut scene will play and you will see the big chief guy turning Pegasus against you. As soon as the cut scene ends, you will see Pegasus is extremely angry and has gone all red....not blushing....but because he is on a rage riddled killing spree of every human that's on planet earth at this point. 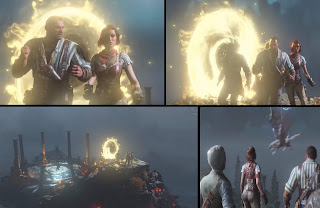 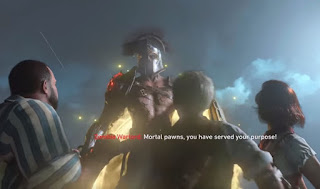 When you regain control of your character, you will be in the area MOUNT OLYMPUS: COLUMNS area. Pegasus....or Evil Pegasus we will call it from now on, will be flying overhead sporadically. While he does this you shoot him with a ranged weapon in order to inflict damage on him 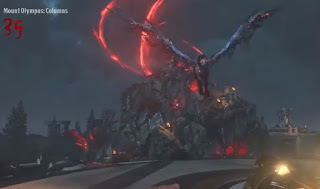 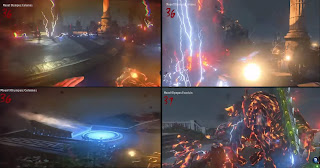 While he flies overhead like a lunatic, from the start, a 6 armed zombie boss will appear along with other zombies you will have to deal with, while watching out for death from above from the Pegasus that has gone loco. Once the 6 armed zombie boss has been killed, we need to keep killing zombies in order to charge up our SPECIALIST WEAPON which we will use on the Pegasus once we have hit it enough times that it falls out of the sky onto the ground.

Basically Pegasus will be doing laps around the whole map and trying to fly over the top of you,. When it does, it will unleash tonnes of elemental style damage in the forms of lightning bolts raining down on you, fire balls falling down heating up the place which inflict huge amounts of damage.

Luckily we don't need to stay in the same place all the time, as at the edge of each of the areas your standing on, are launcher / Halo Man Cannon style jumps you can walk on and they will fire you over to another area. Just make sure your tray tables and arms and legs are inside the vehicle at all times. This is useful as if you stay in the same area too long, it becomes very likely that you will go down as the man cannon can be used to dodge incoming attacks from it. Other areas include MOUNT OLYMPUS FOUNTAIN, MOUNT OLYMPUS FOREST etc., 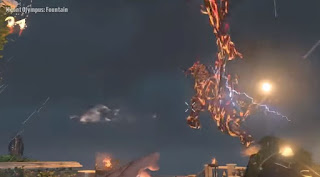 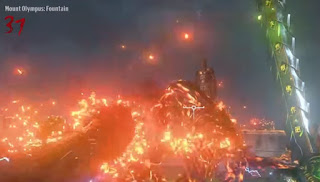 If we deal enough damage to Pegasus in the sky, he will eventually fall down in certain areas and its skin will be red and cracked. This indicates you can actually damage him, use your specialist weapons when he goes down to inflict damage.

He will then fly up again and his skin will go back to normal and he will start to deal out the elemental damage again. This is a rinse and repeat step and will be a bit long and drawn out so stick the kettle on.


So the simple steps are: 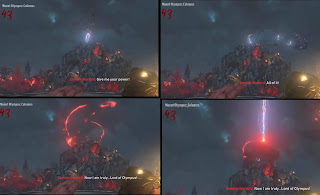 When you eventually do enough damage to Pegasus, the zombie warlord will not be too pleased with Pegasus and will tell Pegasus to give him his power. As the power is transferred, he considers Pegasus worthless and chucks him out of the map. You will then see some cool fireworks in the form of magic happening on top of the Mountain he stands on.

Now the main boss is here, you will not be able to use the man cannon's to move to other parts of the map. You will be limited simply to the area called COLUMNS. While on here, countless zombies will be spawning, the 6 armed boss will be back, along with Blight Fathers sticking their noses in from time to time. 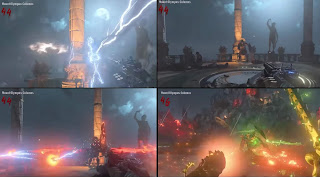 His main types of attacks are fire attacks and lightning, almost a mirror image of Pegasus attacks, only his are more ground based than attacks from above.....death from above people! He will teleport in and out back to the central mound, then back to your area and it all starts again. 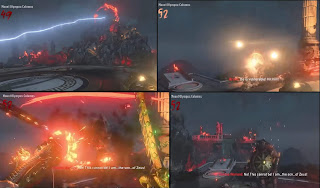 When you finally inflict enough damage and kill him, he will drop an ORACLE KEY for you. 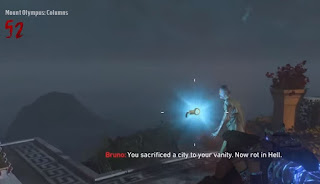 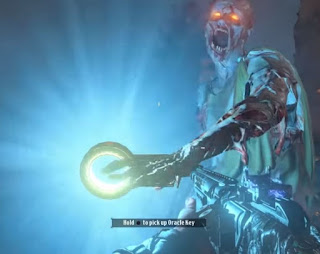 Picking up the key will activate the ending cut scene.

The ending cut scene can be seen here:


Still not sure how to do it? Then check out MRDALEKJD's video below from start to finish: