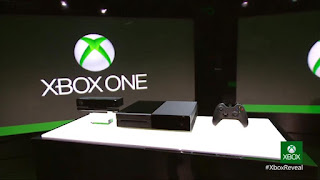 Watch the Xbox One Reveal if you missed it right now on Xbox.com

This machine looks amazing the amount of technology onboard along with smart glass and kinect sensor that comes with it make it the ultimate combination to enhance your enter...tainment experiences in your home.

The voice recognition has been improved along with the camera and a whole host of other features. Stephen Spielberg reveals he is creating a HALO TV SERIES! OMG! one of my favourite franchises of all timeSee More


The web series was awesome but if he is behind the wheel of a TV series, its gonna blow it out of the water! 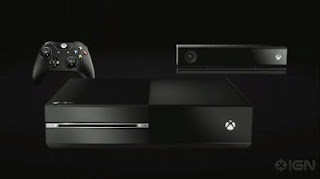 Also see content from EA, NFL partnership and from Activision shows you some sneak peeks of Call Of Duty Ghosts which just seeing...
that clip alone I have preordered the Xbox one in my head already when it comes out later this year.

I am expecting November or close to Xmas time where the first Xbox came out about this time and the Xbox 360 as well.

Check it out guys you will not be disappointed!

http://www.xbox.com/en-GB/hub/reveal
The website may appear now and again unavailable as its getting huge amounts of traffic from all roads!
Thanks.
Henry