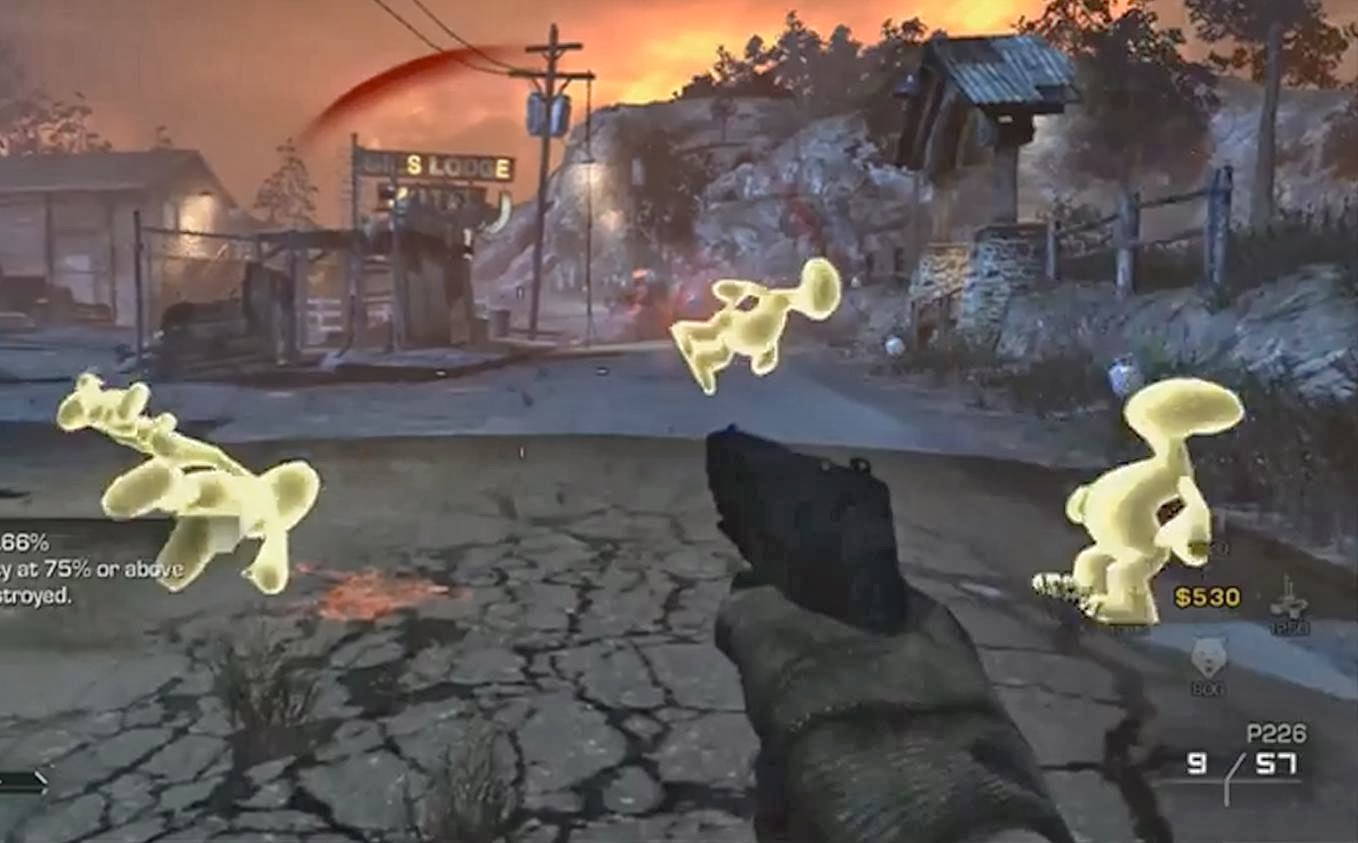 found a cool video on youtube which shows you how to activate an easter egg where, when fighting the aliens in extinction mode, when they die, makes golden aliens spew out of their remains. Its not gruesome or anything they look like little alien teddy bears that glow gold, awwww so cute.

Anyway this is how you do it in Extinction, you need a sniper rifle to do it to hit the letters on the motel sign in the first part of the level. The video below shows you which letters to hit and which order to do them in. You will know when it has worked as a multi-coloured "LOL" message appears on screen.

The next set of aliens, and from then on, when you kill them, will throw out these little tiny gold alien teddy bear like things. Not the most amazing Easter egg in the world but does make it a bit more fun to play when you see it happening.

Here is how to do it in the following video:

Thanks for watching and reading guys as always﻿