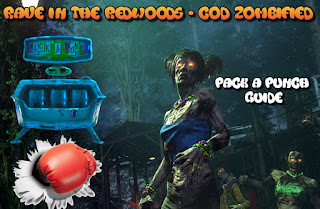 here is how to get to the PACK A PUNCH machine in Rave in the Redwood Zombies for Call Of Duty Infinite Warfare. Everyone loves a machine that can triple the killing power of any fire arm you are carrying, so I could not skip over showing you how to get to Pack A Punch....I love destructive zombie killing weaponry what can I say?

First little niggle to get out of the road is to simply turn on the power for this map. This map only has one main power switch to turn on and it will supply you with all your electrical appliance needs. The power switch is located under the main spawn room / cabin of Rave in the Redwoods which is called BEAR LODGE. It will cost a little bit of money to get to it though so start saving those pennies to get to the OLD MARVIN MINE AREA.

Here is the shortest possible route known to man: 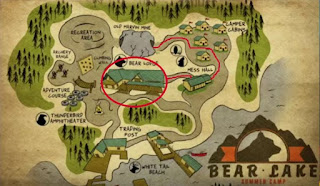 Now that the power is on and your electric bill has been paid, we can tell you how to unlock the Pack A Punch machine awwww yeah baby....well nearly....you also need to collect all the boat parts and repair the boats propeller.


That film left me reeling

In order to kick ass during the main boss fight for Rave in the Redwoods, you will need your weapons upgraded via the Pack A Punch. If you don't upgrade them, I think its suicide going up against the main boss as you will use so much ammo, your logistics manager who supplies your guns with ammo is going to have a heart attack....or some mild indigestion.

Upgrading and being prepared for the worst means you can beat the boss and win...which is what everybody wants. Luckily, accessing Pack A Punch is really easy. If you can get all the boat parts, you can get the two film reels.

The Projector that teleports you to the Pack-A-Punch Room is available on Turtle Island, but you’ll need to connect 2 Film Reels to get the projector working.

Its located on a desk in the interior building right next to Film Reel #2. Hook up the film then enter the open portal to access the Pack-A-Punch Room.

Bear Lake — The first film roll is just outside the boat house doors, before riding the boat to Turtle Island at the docks. This location is shown by the RED CIRCLE on the map. 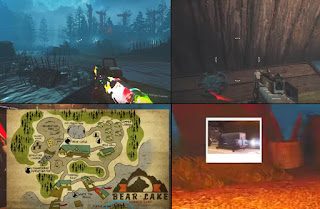 Turtle Island — Ride the boat to Turtle Island, then go up to the building on the hill. Turn left to find a bonfire. Nearby, next to an old laundry machine, look for the film roll on the ground.

Once you have both film reels, go into the Cabin on Turtle Island and find the projector on the table. Go up to it and it will ask if you want to repair the projector. Hit the USE button and the projector will light up in all its glory and shine on the wall a very cool trans dimensional portal. 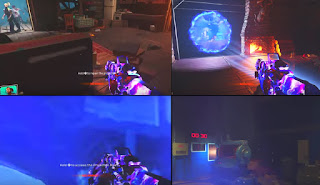 Go up to hit and hit USE to enter it and you will be hurtled into the projection room which contains the Pack A Punch Machine....sweet!

Still unsure how to get to Pack A Punch? Check out +CodeNamePizza's Video Below:

Thanks for reading as always guys,