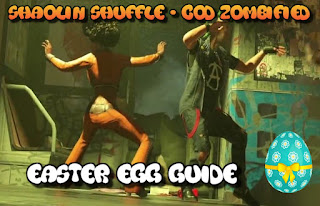 here is the full Easter Egg walkthrough guide for Shaolin Shuffle Zombies in Call Of Duty Infinite Warfare. Completing the Easter Egg will unlock the “Message Received” trophy / achievement and finally bring an end to the Rat King’s reign of terror.

It involves collecting the Rat Kings body parts, spelling competitions, charging zombie souls, meeting celebs and deciphering Morse code....not an easy task but you bought the DLC so you signed up to it....lets get started!

Lets get to work and we need to go to talk to Pam Grier at the Black Cat Dojo .....who will hopefully offer us some advice and sign and autograph for me :). She will start rambling on about how you need to master the arts and I am not talking about not the kinda art with a paint brush. Opening the entire map before you start will be a huge bonus and you will also need to have turned the power on throughout the map and Pack A Punch ready as they will be needed later on.....better being prepared as "chance favours the prepared mind"....Under Siege 2 Quote :).

Now after meeting a Hollywood star and are a bit star struck, you need to play onto round 5.  Once you get to this round you will have your first round against Roller-Skating Zombies which you need to defeat, you will then have the Chi abilities unlocked and available to work towards that will help you kick some serious zombie ass in the form of the:

To see the full guide on what each Chi ability gives you and how to get it, check out the CHI GUIDE HERE.

You can chose any ability you like to work on and get for your character whether your playing on CO-OP or SOLO, life's full of choices, choose a Chi and go for it.

On CO OP mode, only one person needs to get the Chi ability to progress onto the next step, but if all 4 of you are working on it, the chances are one of you will get there pretty fast. 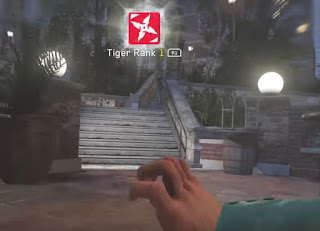 Once you keep upgrading your Chi ability, you will eventually get the Shoryuken.

See the Rat Cages found throughout the map? Some contain rats. Use a Shuriken on the rat cages containing rats and it will explode into  puff of yellow phosphorous smoke. This will release the little blighter and it will start running for the hills. Follow the rat and it will lead you to another rat cage. When you get here, do the same again, throw the Shoryuken at the cage and repeat the process. The rat will take you to several different cage locations. 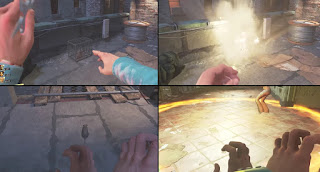 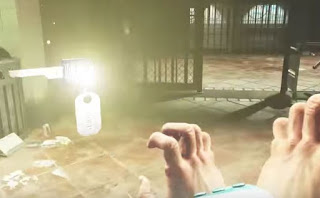 If the key does not appear instantly, go back and talk to Pam, then run back to the area where the yellow circle was and it should be there.

Step 3 - This locker is symbolic...literally.

Head down to the Subway Station area with your fancy looking, hopefully solid gold key (We're Rich Yippee!),  and go to the area where the Bang Bangs Perk Machine is. Beside the machine should be a set of lockers, crack open these lockers and find the locker with the word “SOULKEY” written on the inside and has white Chinese writing on the outside. 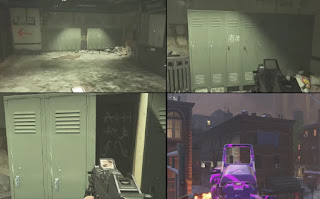 Next, you’ll need to find Chinese symbols scattered across the map and shoot them in a very specific order so I hope you have been practising your aiming. Only shoot the symbols once and if you have shot them correctly, you will hear a weird gong sound letting you know you have successfully activated that symbol.


1. The first symbol is found to the right of the Black Cat Dojo on the side of a building
2. The second symbol is in the Disco Inferno restroom on the side of a cubicle.
3. By the lion statue at the Deadeye Dewdrops Perk Machine. Shoot the left symbol first, then the one in the middle.

Shoot all four symbols in order to unlock a battle with the Rat King. Once all symbols have been shot, head over to the front of the Black Cat Dojo

After shooting the four symbols, find the rat king magic circle just outside the font of the Black Cat Dojo. The Rat King will appear here and you will need to defeat him. Once his tail end has been kicked, he will drop a special Eye item. Collect that eye and this will grant you a special ability to reveal secret Rat King Symbols dotted all over the map. 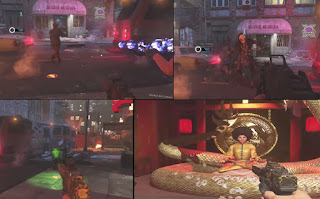 ALL PLAYERS in CO OP need to pick up this eye. It will be glowing green like the mutagen that made Splinter from Teenage Mutant Ninja Turtles. Once everyone has a souvenir Rat King Eyeball, head back to the Dojo and talk to.

She’ll send you on a new quest — you need to locate and shoot 6 Orange Rat King symbols around that map that are only revealed with the eye. Press [L1] to use the eye on PS4.

The Rat King symbols appear one-at-a-time in random order. Check the following list of locations and activate the eye to spot the glowing orange symbols. When you do, shoot the symbol, another will appear until this mini quest has been completed. Remember you must shoot 6 symbols in total, telling Pam you shot them all when you only shot 5 means she will be severely peeved off with you.....Pam knows everything! Even what you had for breakfast this morning..... Remember that :).

Step 5 - Break the code....a mystery, wrapped in an enigma, contained within a conundrum! 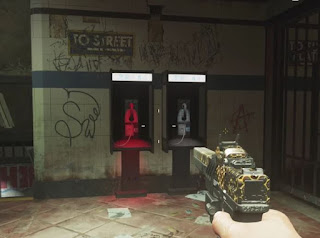 After successfully shooting 6 symbols, the pay phones around the map will start ringing. These are located in the Main spawn room or near the Bang Bangs Perk Machine. The phones you can answer will be glowing red, go up and hit the use button on them and you will receive a Morse code message in response.

Why people cannot simply say hello in English anymore is beyond me.You’ll need to translate the morse code message into a single number. Get out your Morse code hand book and start to translate the messages.....just kidding :), I have provided a picture from the Internet depicting what the beeps and symbols mean: 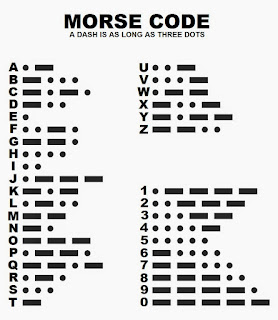 Morse Code is all about dots (short beep) and dashes (long beeps) — type your morse code message into a translator like this to get a 3 digit number. You will need to listen for 5 beeps. Long beeps = “-” / Short beeps = “.” mixed together. If at any point you have to fire a few deafening rounds off to keep back zombies in the process and miss a few beeps, don't fret, simply hold the button on the phone again to activate the code and listen again. 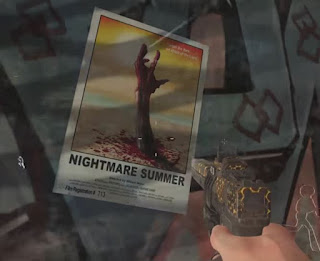 Now that you’ve got a number, go around the map looking for the Summer Nightmare posters dotted around the map randomly on the walls. Each poster will have a specific number printed on it and you need to find the one that matches the Morse code 3 digit number you received via the old telephone blower.

WARNING : be sure the poster you collect is the correct number otherwise you will have to repeat STEP 4 again and shoot 6 Rat King symbols and repeat the Morse code process again with the same 3 digit number. Repetition sucks! 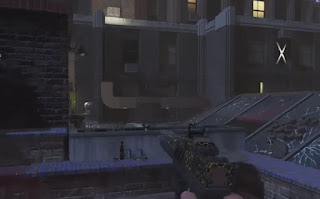 When you place the correct Summer Nightmare poster on the spotlight, found on the roof of the Inferno Disco, a large “X” will appear in a nearby window. This window can be located by simply standing facing the spotlight straight on and do a 180 degree turn and it should be on a building just to the right.

Use any explosive weapon on the “X” to summon a wave of ninjas. Kick the ninja's asses that appear and look for the real challenge that appears. A bunch of scrambled glowing letters will appear after the ninjas are defeated. This is a cypher puzzle, and you’ll need to shoot the glowing letters to spell out the correct word. The word is random every play through.

The symbols / letters for the words we will be spelling out appear on the Disco Inferno rooftop.

These symbols appear in the following 6 locations: 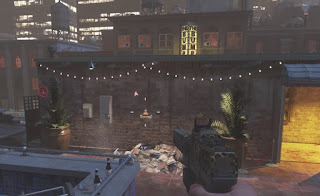 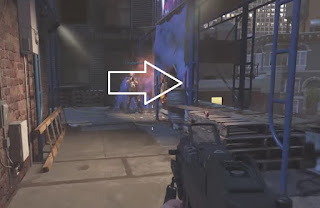 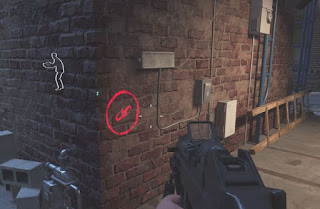 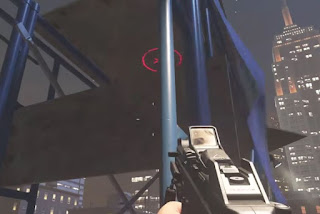 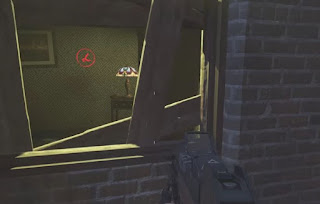 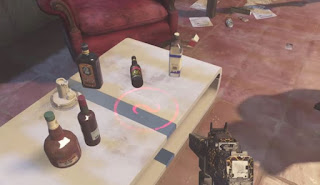 To help figure out the Cypher, here are some confirmed words the community has found so far. Depending on the length of your word, one of these might work 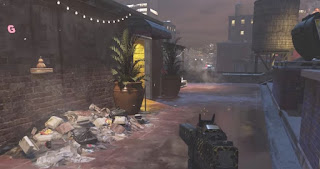 To get a hint for the word that you are looking to spell, go to the doorway which leads to the stairs and takes you off the rooftop. On the wall, you will see the first letter of the word in pink you are trying to spell. Use the list of words above to work out what the word is and it will help narrow down the word your trying to spell. As you shoot each symbol, the letter if correct, will appear on this wall and you can see what is being spelt out.

If a word is proving difficult to spell and you want an easier one, mess up the spelling of the word by spelling it purposely wrong. The sequence will start again but with a new word to spell. 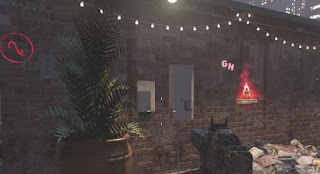 Here is the full cypher to decode what the symbols translate to in English letters. This is from Mr Darlek JD's video below: 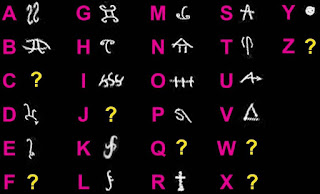