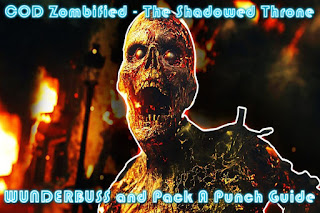 here is the guide on how to build the WONDERBUSS wonder weapon which in turn, is used to gain access to the Pack-A-Punch machine within the zombies map The Shadowed Throne on Call of Duty WW2.

There are a few steps which are easy enough to follow when you know how and we should get to work, that Wonderbuss ain't going to build itself....if it did.....this would be the shortest post in history. Its easier to put together than any IKEA flatpack furniture I've ever encountered.

Building the Wunderbuss…..bringing in the big guns

Step 1 - Acquire the code from the Radio

Time to turn on, tune in and cop out to the radio waves emitting from the MAIN STREET on this map. To the left of the derelict cinema/theatre on the main street, there is a radio in the corner, on a table where there is a stack of sandbags piled up. 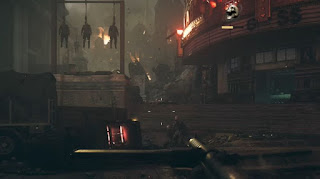 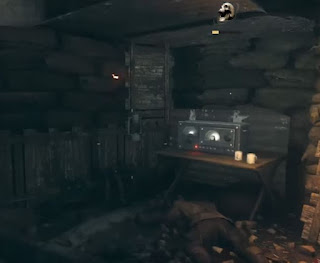 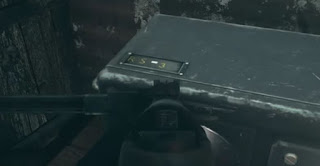 On top of the radio there is a code you need to remember and write down, as you will need to refer to it later on when in the destroyed CHURCH.

Check out the animation below to see how to get the church, its a path that takes you through the Cinema front door, then out to the left, across a ruined street and in the side entrance of the church:

Once you have arrived in the church, there will be a map on the notice boards with a RED PIN stuck on it. This location the RED PIN is plonked on, along with the code you picked up which written on the top of the radio at the start will give you a radio frequency when compared to the chart just to the left of this map. 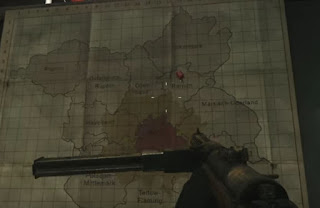 In our example here, the code on top of the radio was RS-3, so we use first check the location which the red pin was on which is BARNRIM, then the BAND which is 1.2 (the RS part) and finally the FREQUENCY which is the "3" part. 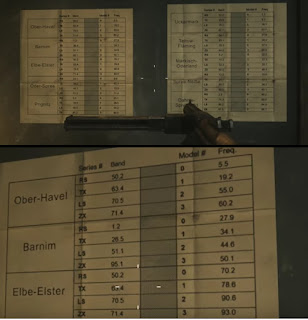 This gives a frequency of "50.1". Return to the location of the radio where you found the code on top of, in the MAIN STREET and tune that bad boy into frequency 50.1.

When the correct code has been input it will come up that you have "Found the Radio" and some audio dialogue will begin playing.

In the next step we now have the objectives of SETTING OFF THE FLARES and obtaining the GEISTBOLT.....all in a days work.

To obtain the flares and set off a wonderful display of colour in this levels dark and dingy sky, head from the radio in the main street area through the cinema and out to the left again into the PLAZA area, which is on the way to the CHURCH. 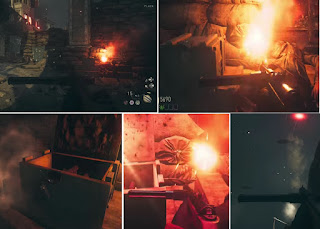 As soon as you come out of the CINEMA/THEATRE on the left corner there is a box of flares that need popped open.  A flare is already lit giving you a hint that this is the location, sitting beside the box. Go up and press the USE button on the box containing the flares and you will set one off with a bang.

Once the flares have been set off, zombies will appear that charge at you. Keep killing them until one drops the GEISTBOLT and pick it up.

Did you hear the one about police who arrested the two robbers? One robber stole a battery, the other a firework.....they charged one and let the other one off......terrible joke I know but hopefully the cheesiness of it made you smile :).

We now need to find the WUNDERBUSS BATTERY which can spawn in several locations and I have listed 3 known locations below: 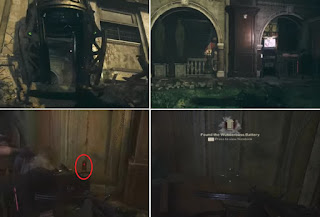 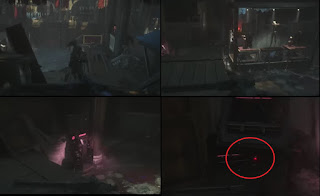 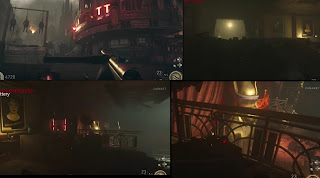 Step 4 - What a Wunderbuss life

Now we need to head over to the APARTMENTS area and activate the wonder weapon room by using the battery on the open control panel where you can see a space and some wires. 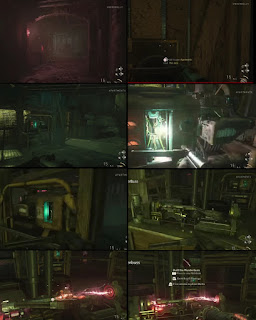 You can reach the apartments by going through the UNDERBELLY area. When the battery and the Geistkraft has been used to build the WUNDERBUSS pick it up and lets get onto Pack A Punch location.

Part 2 - Unlocking Pack A Punch with the WUNDERBUSS

Next we need to find 2 metal plates on the walls that reveal a circuit behind them that need shot with the Wunderbuss to supercharge them....its like a mobile phone charger on steroids and charges it in seconds except doing that to a mobile phone might cause battery to explode...won't mention any brands there....think its all of them now at one time or another. 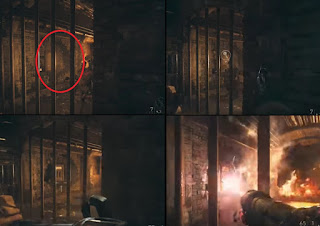 The first plate is in the UNDERBELLY and is easy to get too as soon as we have built the WUNDERBUSS, head out of the front door of the APARTMENTS and take a right, go straight down the corridor and turn left and you will see a blocked area with metal bars.

Peeking through these bars on the left hand side of the wall is a metal plate which you need to throw a grenade into to blow it off. This will then reveal a panel with an electrical circuit that needs charged with the WUNDERBUSS. Simply shoot it when its exposed and shockingly....that's it, we can move onto the hunt for the second panel. 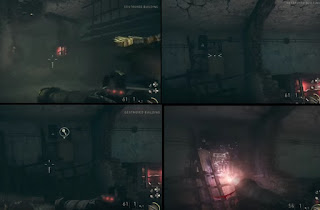 Luckily the second panel is just a casual stroll from these iron bars to the left in the DESTROYED BUILDING. Its on the wall on the right if you look at the iron bars and turn 180 degrees on yourself, careful not to get dizzy, and about 3 metres down and on the wall on the right.....is our second panel. Same again, grenade, blow hatch cover off, charge electrical wires with WUNDERBUSS calmly and gracefully.....of fry its ass its up to you. 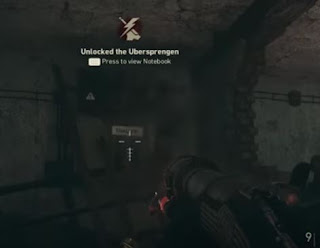 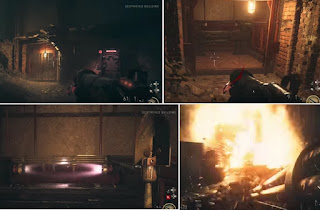 You will then be presented with the message "Unlocked the Ubersprengen". This is Pack A Punch and is located to the right of the second panel you just electrified with the WUNDERBUSS in the DESTROYED BUILDING. The door was previously closed, now its open sesame season on it.


Still unsure how to do it? Watch RandomChievos video below for an easy walkthrough:


Thanks for reading guys and gals.