here is the first part of the map layout to the awesome Der Eisendrache Zombies for Call Of Duty Blacks Ops . I have been having a lot of fun in a few crazy games today, which I only got to level 12 as the highest round so far to begin with, but I will work on improving on that over the next few days as I work out the maps for this level and work out my new tactics in this map to kick some zombie asses. 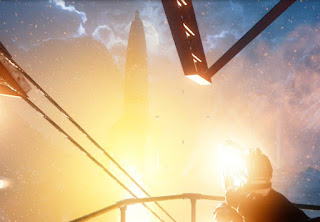 You probably think I am a total map nerd and enjoy drawing the maps more than playing the actual game but it couldn't be further than the truth. I love zombies and every thing to do with them,. Movies, games, TV shows, music, T shirts..... you name it, I love it, if a zombies involved :).

I missed out on the map that came with pre-ordered versions of Black Ops 3 called "GIANT" and see that it follows the characters storyline from it. It appears from the opening sequence that Dempsey has been kidnapped by the Germans and is about to be launched into space, to boldly go where no Dempsey has gone before, so to speak. The castle in Der Eisendrache level appears to have a nifty form of transport in the form of a rocket ship, which one can be seen taking off as soon as the level has begun. 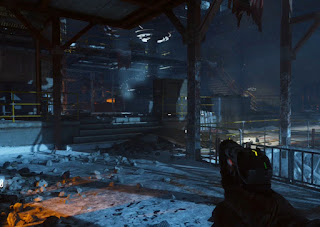 Anyhoo lets get to the map layout and show you where everything is to get new players started in this awesome map. Here is the lower and upper areas of the Main Spawn Area: 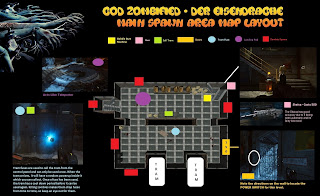 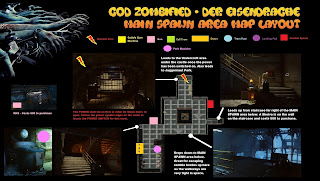 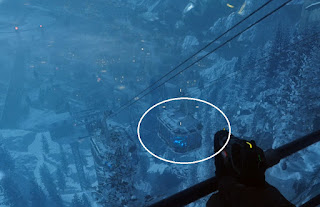 Each time you get a TRAM FUSE, make your way back here to the TRAM CONTROL PANEL and call the tram to get a random power up. When it arrives, make sure you pick up your power up ASAP as if not, the tram doors will close and take your power up with it. When the tram panel is activated you will see that the fuse you acquired is inserted into the space in the panel on the far left of it. These fuses can only be used once and you must search for another one by killing zombies each round and keeping an eye out for when a fuse has been dropped. You do get one FREE fuse when the game starts which is sweet! 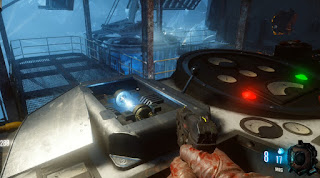 Thanks for reading as always guys and enjoy the map, more maps are on the way.
Henry
Posted by Hazzman at 18:18