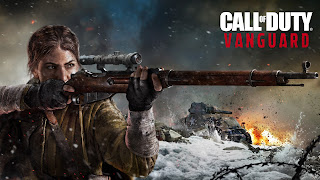 Hi guys,
I hope everyone is looking forward the release of Call Of Duty Vanguard on the 5th November 2021. 2020-2021 has not been the greatest year for games as we have seen lots of releases delayed from last year due to the pandemic halting production on some titles, but the good news is that lots of them are finally coming out this year, in perfect time for Christmas which should boost sales dramatically. 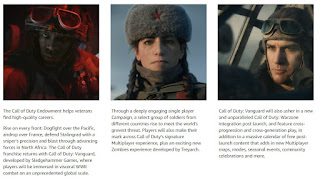 I am looking forward to this especially as any first person shooters about World War I or II are my favourite type of games. As we now know, Sledgehammer games has made Vanguard a World War 2 experience which will have:

From the trailer that has been released on Youtube, this looks like the usual Call of Duty high adrenaline, action packed campaign we have come to expect from all their single player campaigns up until now. If you have not seen it yet, then I definitely recommend checking it out below:
The four main playable characters will be Private Lucas Riggs (20th Battalion, Australian 9th Infantry Division, British Eighth Army), Sergeant Arthur Kingsley (9th Parachute Battalion, British Army), Lieutenant Wade Jackson (Scouting Squadron Six, United States Navy) and Lieutenant Polina (Petrova of the 138th Rifle Division, Red Army).
The description adds: “The four playable characters overcome the desperation and chaos of war, captured by the Axis powers, each rising from the trenches to become one of the original Operatives; the prototype for the modern special forces soldier as they fight for victory in tide-turning battles across the globe.”
Here is a brief video of  multiplayer on an event thta allowed some players to get a taste of the online multiplayer at the end of August 2021, on the level called CHAMPION HILL. 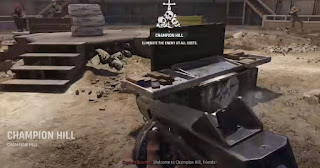 Developed by Treyarch Studios again, and you know when it is their turn to create the zombies experience for any Call of Duty game, you know its going to be good!
As usual, I will be doing the map layouts for all of the zombie maps released for this game as well as all Easter egg guides, walkthroughs etc so no need to worry about that I will have you covered.
One thing I did see in the multiplayer video the guy showing off was that the developers show cased BLIND FIRING a weapon for the first time which is quite interesting indeed, especially if can use it in warzone or in multiplayer. 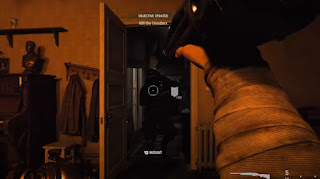 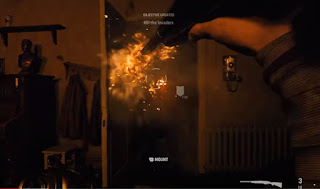 Of course if used in multiplayer or warzone the accuracy would be toned down quite a bit I would assume. The screenshots above show a brief glimpse into blind firing being used, using the shotgun they have equipped.
I will also hopefully like to see the conclusion to Cold War Zombies in their final map which should be in DLC 4, possibly being released in season 6, rather than 5, of Cold War content drops.
Thanks for reading as always guys.
Henry
Posted by Hazzman at 18:44 No comments: