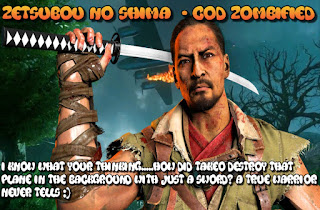 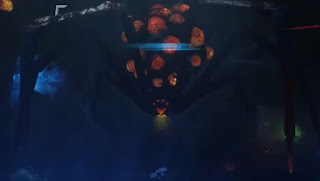 If you like your enemies to have more than 4 limbs, then this boss battle is for you.....this monster has 8. When entering the cave covered by the webbing just behind the the Lab A 115 Water Section, you will be confronted with this SPIDER BOSS and have to deal with him the only way you know how....BLAST EM!

Once you kill each wave of smaller spiders that arrive during the boss battle, they will drop a MAX AMMO, so you can unleash hell on the spiders by making every last bullet you have in your clip count as you know you will be getting a fresh batch of bullets very soon. 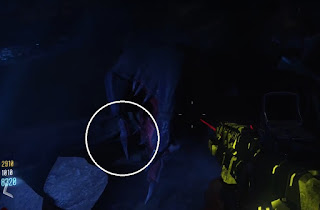 When you kill the MAIN SPIDER BOSS, walk over to its body and hold the USE BUTTON to pick up a piece that belongs to the UPGRADED KT4 Wonder Weapon. This will be needed later for the final step of the Easter Egg so you may as well do it now. While still in the spider cave area, use the "Anywhere But Here" and you will be teleported to a secret room within the level you cannot access normally. 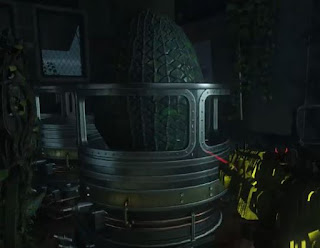 It looks like a scene from the labs in Jurassic park when you enter the secret room using the Anywhere But Here Gobblegum, as you see Dragon eggs in what looks like incubators. When you get here, there will be a COG part lying on the ground which you can pick up. 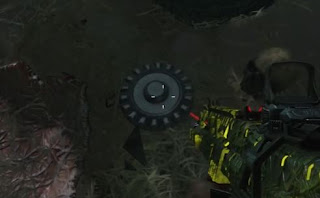 Once you have picked up the COG the first part for fixing the elevator, you can exit this room by jumping out the window which will take you back to the LAB A area. 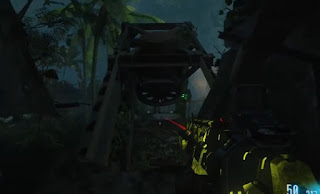 In order to get our second cog to help repair the main elevator on this level, we need to plant seeds in any location on the map, but then afterwards, nurture it into a purple plant. To do this, once a seed has been planted, it needs to be watered with the blue water from the LAB A area and then shot with a blast from the KT4 Wonder Weapon over a period of 3 rounds. So just to be clear each round the plant needs: 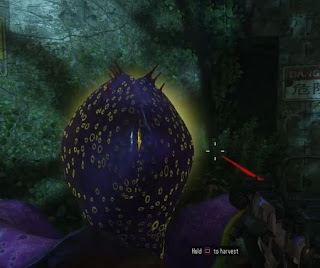 Once this has been done, a beautiful purple blossom will sprout with a purple bloom and glow around it. Simply push the USE BUTTON on these purple plants in order to harvest them. One of them should open up and contain a missile part that you need to pick up. Once you pick up the missile, you will need to head over to the BUNKER AREA and inside it head up to the Anti Aircraft Gun station is on the roof. 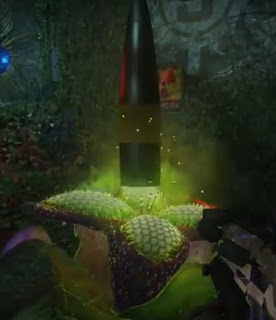 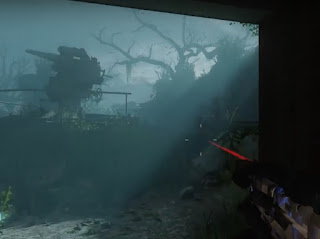 When you get to the roof of the bunker where the AA GUN is located, you need to load the missile / shell you picked up from the PURPLE PLANT that you grew previously into the AA GUN by pushing the use button on it. You will head the shell load and what you now need to do is keep your eye on the sky and wait for a plane to make its way across the AA GUNS line of sight.

When it does, hit the USE BUTTON to fire the shell at the plane and fingers crossed you will get a direct hit. Blowing up the plane will cause a spectacular explosion and make the second cog part appear in the map. This second COG part will be waiting for you just outside the BUNKER where you can pick it up. If you have trouble finding it, there will be smoke rising out of the ground where the scorched parts of the plane have burnt a hole in the earth.

Pick up this part and lets move onto the next step.

Continue onto Part 3 of the Easter Egg Guide


If unsure about any steps of the Easter Egg, check out MRDALEKJD's video below:
Thanks
Henry
﻿