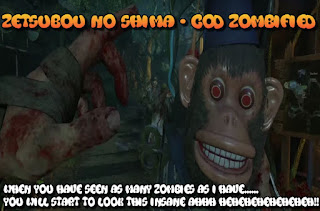 here is the map layout for the Main Bunker In Zetsubou No Shima Zombies for Call Of Duty Black Ops 3. It is quite a large and can be complex area if you are not used to it. However once you see how easily laid out it is, you will be able to navigate it with ease from these Birds Eye View Maps shown below.

Be careful when in any of the bunker areas as space is tight and you can run out of it real fast when a large amount of zombies have built up and you cannot annihilate them quick enough. If you ever need a breather before opening another area, or to build up cash to open the next door, train the zombies to follow you and fight them outside in the swamp area, then create a few crawlers when the round is near an end, and bring them into the bunker. This will give you much more time to do what you need to do.

Lets get to the layout, first up is: 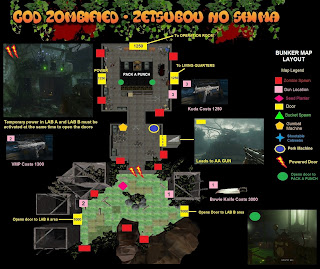 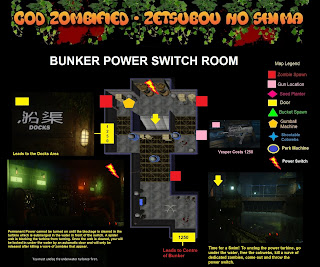 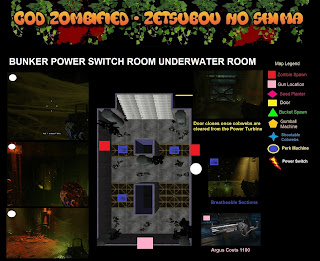 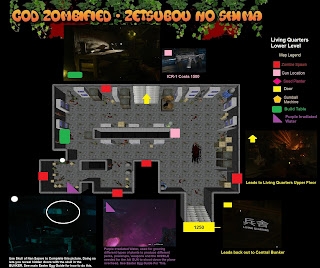 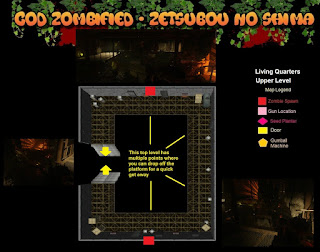 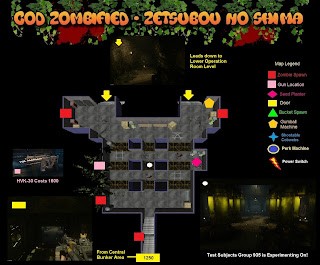 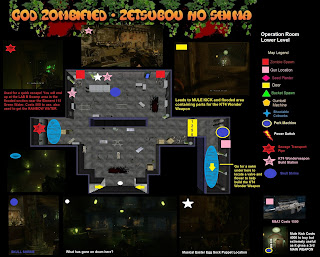 The BUNKER is one of the most important parts of the map as it houses many different parts that need to be collected in order to:

Check out the MAIN EASTER EGG GUIDE FOR ZETSUBOU NO SHIMA in order to see the significance of the BUNKER area in the main Easter Egg.
Thanks for reading as always guys.
Henry
Posted by Hazzman at 18:45