here is how to get the Elemental Chi powers in Shaolin Shuffle zombies for Call Of Duty Infinite Warfare. Everyone loves a bit of zen in their lives, but chi....is a whole different kind of zen. In the world of zombies, Chi is so kick assingly powerful that it can be used to kill an already dead person.....fact.

The only thing we need to do before we unlock the power of Chi is: 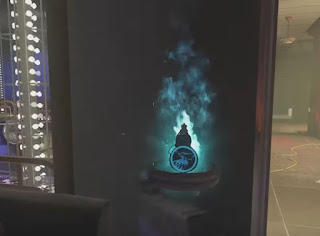 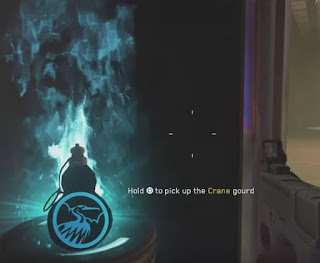 Now we have talked to Pam Grier and met a great actress, loved her in Jackie Brown, we need to start charging up our Chi abilities. To do this we need to collect special jars that appear around the map at random called "Gourds" which relate to a specific animal. The animals that exist are Snake, Crane, Dragon and the Tiger They are glowing jars, so you know they are extra special, even more special than your favourite strawberry jam jar....which tastes so darn good.

Pick up the jar and you will drink the contents, where you will start learning the art of that particular animal. As you finish drinking, you will be rewarded with a one hit kill melee strike attack. The power of your strikes will grow as you hit kill requirements to “level up” your elemental power.

Each Elemental Chi ability has several stages of unlocks until you get to upgrade the Chi ability you have been training for. You simply need to kill zombies using the melee style attack you are giving once you activate the Chi ability to charge up to the next stage. The more you use the abilities, the more it will drain you Chi meter in the bottom right hand corner of your HUD.

You can use one jar per round, or when it re-spawns again, which after last use is about every 5 minutes of the in game timer. 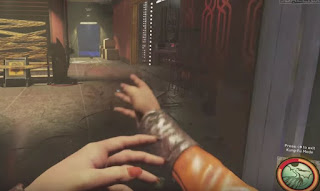 Stage 1 - You start with a melee attack that nine times out of ten will be a one-hit kills in the early zombie rounds.

Stage 2 - An elemental blast from a shoryuken

Stage 3 - Once 1 and 2 are completed, you will unlock a final unique function once fully upgraded. Each Chi has a different special upgraded function which uses the L1 button on PS4.


You can drink a jar once per round. Every time you use a Chi ability, you will drain some of your energy. The only way to recharge is with another jar. 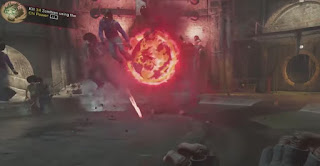 LI: Summons a fiery black hole that sucks in any nearby zombies.

Fully Upgraded: Fast-firing ground pound that obliterates nearby enemies with a shockwave. 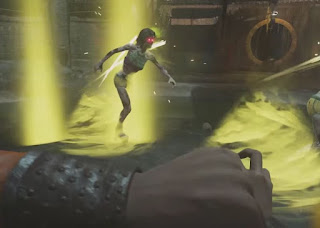 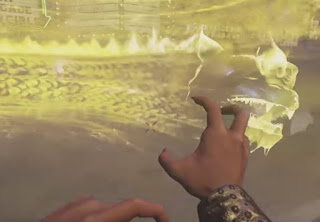 Fully Upgraded: Summons a powerful stationary dragon effect where it is activated, and remains for some time. Any zombies that enter the field of effect will rapidly die. 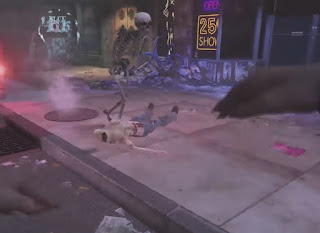 L1: Summons a friendly skeleton that attracts Zombie attention. They’ll go for the skeleton before going for you. 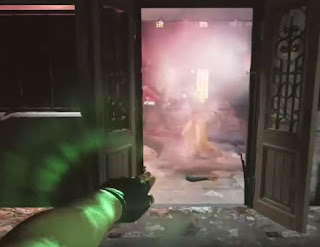 Fully Upgraded: Unlocks a melee super-punch flurry. Activate to unleash fast punches that last an extended period of time. Splatters anything in your path just kind of like the 100 hand slap from E. Honda in Streetfighter. 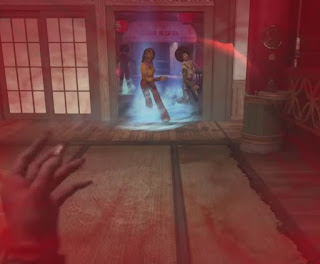 L1: Freezes zombies in place and splatters them, similar to the Dragon ability. 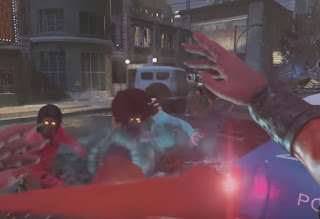 Fully Upgraded: Flying spinning kick. Shoots the player straight forward like a rocket, obliterating any zombies between you and your destination.

All four abilities are powerful, but the Dragon / Tiger specials can make wiping out large groups of zombies a breeze. Crane and Snake are good for killing zombies directly ahead, but Dragon can create a no-go zone that wipes out any zombie that enters. The Snake Chi elemental summon is another amazing distraction