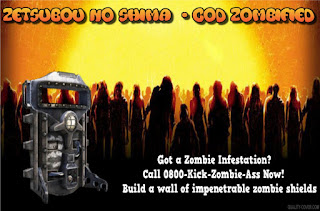 here is the guide on how to build the ZOMBIE SHIELD in Zetsubou No Shima zombies. It is the same as most of the other Call Of Duty zombies levels that have contained the Zombie Shield, in that you need to collect 3 parts to construct it and then use the 3 collected parts on a BUILD TABLE in order to produce it.

So want to know how to get it? I wont hold you up any longer....

The parts can be of course picked up in any order that you wish, the first part, one of its possible spawn locations you will find is located just underneath LAB A. It is located on the wall which has the ivy growing up it....don't worry its not poisonous.....I think. Pick it up ASAP and get outta there. 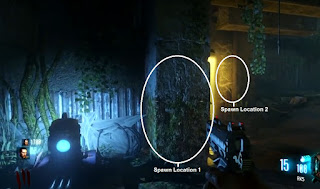 If it is not located in the wall with the IVY growing on it, you won't have far to go to see the second spawn location. Its on the wall just to the right of the first spawn location where a yellow light is shining on the wall. 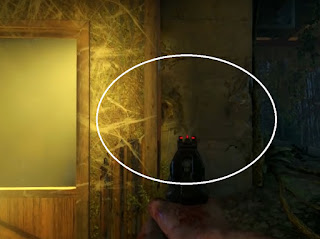 The third and final spawn location in this LAB A area is just adjacent to those first two locations on the wall and is on the pillar just behind where you can buy the Kuda Sub Machine Gun. 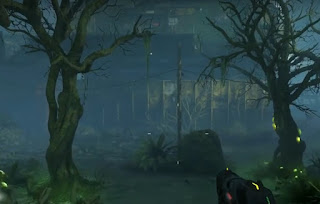 The second part spawns in the SWAMP AREA of LAB B. One of the spawn locations is on the tree in the central part of the swamp before you go up the hill as shown in the picture below: 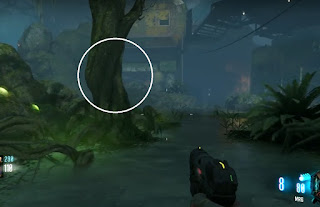 The next location is just past this tree and take a left then head up the slight hill to the next tree you can see and the part will be hanging on it: 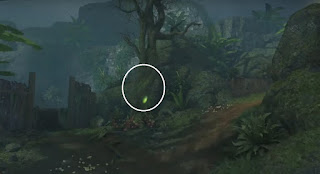 The last spawn location for the part in this area is located just away from the two trees on the other side where the land rises up a bit on a hill. The part is of course hanging on the tree that is up on this hill: 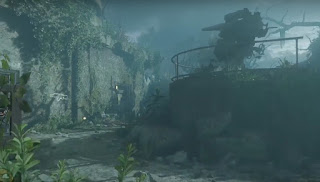 The third and final part spawn locations are located in the bunker in the Anti Aircraft area. This is where the large anti aircraft gun towers over the scenery when you are down below it. Again there are 3 spawn locations for the part so lets get to it.

The first spawn location is quite easy and is right in the corner of the area just underneath the AA gun:

If your at that corner for the first spawn location in this area, simply spin around to your right and go up into the next bunker and turn immediately left, where you will find a pile of rubble laying on the left hand side of this bunker. Simply pick up the part and your good to go:

The third and final spawn location is located in the actual same bunker in some rubble, but is on the right hand side of where you entered the bunker....easy eh?: 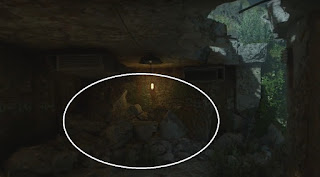 Once you have all the parts simply find the nearest BUILDABLE TABLE and get to work crafting this awesome defensive weapon. Not that the zombie shield is needed later in the game to be electrified and then used to hit the control panel at the zipline to short circuit it so that it lets the gates open to it. This step allows a person to drop down into a secret area and to retrieve 1 of 3 COGs which are meant for the elevator repairs, as part of the MAIN EASTER EGG.
If you are still unsure about all of the Zombie Shield Locations then check out Mr RoflWaffles Youtube video below:
Thanks for reading as always guys
Henry
﻿
Posted by Hazzman at 17:33