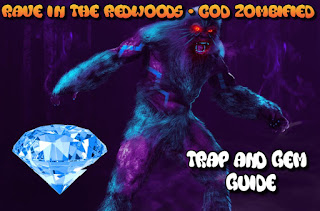 here is the walkthrough guide showing you all of the possible traps that can be built in Rave in the Redwoods zombies and showing you their specific gem combinations in order to create them. These traps can save your bacon at times and can come in really handy for some of the main Easter egg steps so they are nothing to be sniffed at....unless you have a cold.

In total there are 3 different coloured gems that zombies can leave behind after you kill them. Whether the zombies robbed a jewellery store and then ate all of these gems.....we cannot confirm....however I do know that killing them will relieve some killer indigestion so your doing them a favour.

The 3 colours of gems are:

You may have guessed that these are very much like the souvenir coins from Zombies in Spaceland and you will hear no argument from me that it is not similar. We place the gems into the totem poles dotted around the map to build the traps. 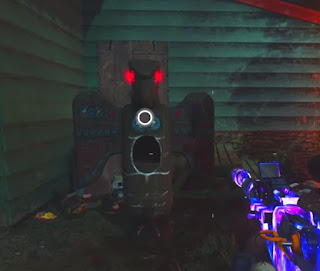 These gem combinations can be put in any order of colour so if you think you have accidentally put one in the wrong order, fret not, as its not relevant the order in this case.

Zombies are total air heads right? This trap when placed down makes zombies lighter than air and float up into the sky in huge numbers and spontaneously explode. Much better than any fire work show or balloon animal any clown has made me since I been alive. 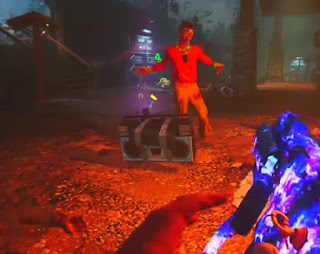 Nothing gets a zombie more jiggy on the dancefloor than a boombox strapped with high explosives. This is pretty much the same thing as the monkey bomb from every other call of duty. This was first introduced as you know in Zombies in Spaceland. It attracts the zombies over with some funky beats then explodes in their faces. 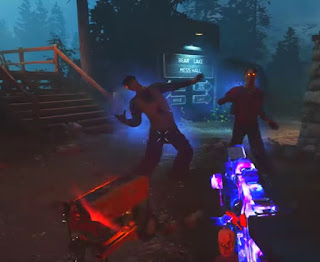 Simply place this down and any zombies that step over it will get shocking results and electrocuted. Totally zaptastic! 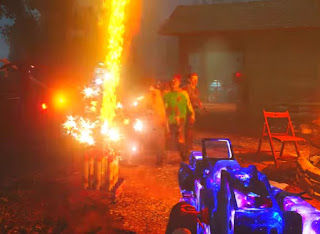 Simply place it down, watch all the purdy sparkles and rockets whizz off into the air while at the same time, kicking zombie ass in the process.

These leave a trail of breadcrumb like fire candy that you dab onto the ground, then shoot it to ignite. The zombies that walk through it will die a horribly and poptastic death. Great for cordoning off an entrance to a room or zombie spawn point. 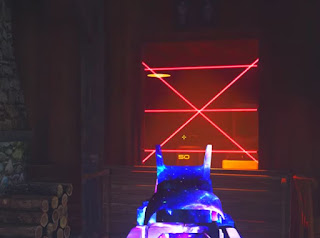 From zombies in Spaceland we have this trap which can be placed over any window in the map to help weaken and slice and dice zombies from their source. Reminds me out of the laser in the air vent in the film Mission Impossible when Tom Cruise is hanging from the ceiling.

This is a new trap which is very cool, you can place it down on the ground and train zombies to run into it and get a hair cut from the blades permanently. You can also hold it in your hands and run into them yourself with it, just watch those fingers, safety first.

We invented rechargeable batteries, now we have rechargeable nuclear detonation devices. What you do with this trap is place it on the ground, and kill zombies near it to charge up with zombie souls. When there is enough souls contained within it, run over to it and it will say hold the USE button to detonate. Get lots of zombies in the map and hit it and it activates a KABOOM style nuke effect.

This is brain washing on a whole new level.....as we can now control the minds of the dead now and change them from good to bad. Place this down and any zombies that steps over it will become a friendly ally, blue sparks will emit from him now and again, his eyes will turn blue and he will turn on his flesh crazed friends and stock knocking their melt in for you. 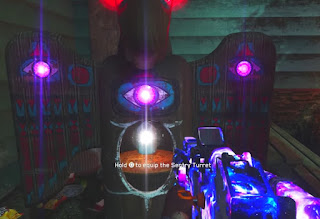 This is simply the sentry turret from multiplayer and is an automated zombie killing machine. Careful not to get in its direct line of fire as you can get hit by friendly fire from it.....as a quote from Call of Duty 4 Modern Warfare says "Friendly fire....isn't", damn where they right, any bullet from a friendly or enemy gun hurts like hell!

Still unsure how to do it? Then check out CodeNamePizza's video below to see the simple guide on how its done: