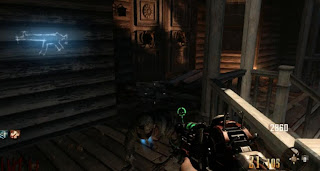 here is the map layout for the ghosthouse building. I have not done a map for the garden maze as it changes from time to time depending on how many players are playing, you will notice sometimes green doors in one sitting may be closed and open in another so its never the same.

In the garden there is the fountain which you destroy either with a shot from the ray gun or with around 3 or 4 grenades and a flew land mine explosions thrown in will blow it to pieces. This fountain is 1 of 2 fountains that need to be destroyed to create a portal to teleport you to the top of the map again just underneath where you spawn and in front of the broken machine.

Use Leeroy to destroy the other fountain if you have booze on you which is located in front of the ghosthouse in the graveyard.

The ghosthouse has the musical teddy, a free perk from the ghosts when you kill the last one, double tap perk and the nav card. The ghosts do steal your money if you get to close or don't shoot them quick enough which is quite annoying so make sure to keep your distance from them.

Here is the map layout below as well as the bit coming back into the house from the garden: 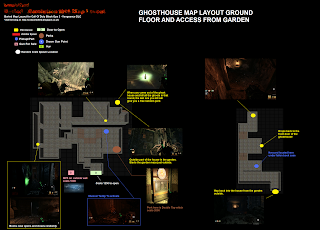 Here is the pictures of the fountain being destroyed in the Garden Maze and the hole it creates. In this pic there is no glow in the hole, which means you need to activate the other fountain portal by blowing it up in the cemetary using Leeroy, raygun or explosives. If you jump in with no glow you will simply die. 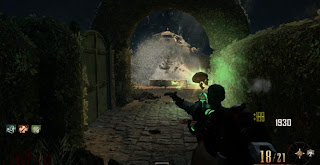 Hole created beneath it: 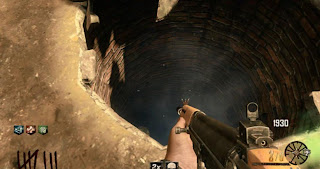 ﻿
Here is a video from a YouTube user showing you how to activate the teleporter and what happens when it is activated:


Thanks for reading and watching guys.