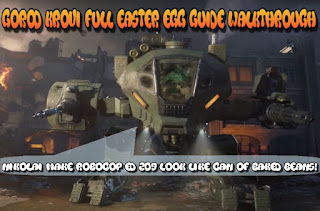 Step 7 - SOPHIA has the power but we have the core? 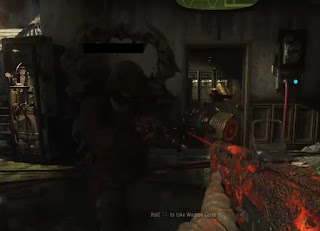 Now after finishing the six challenges previously, get a player to go over to SOPHIA and you will now be able to remove her power core. Then run back to the Main Spawn Area and stand near where the crashed bus is and equip the Gauntlet Of Siegfried, as we are sending our baby dragon on his final solo flight. The dragon you will equip the POWER CORE you stole from SOPHIA and fly it over to Nikolai 1.0. Once he has received it you will hear a quote from him.
This now means you can enter the boss fight. In order to do this, head over to where SOPHIA is located so we can get there early to watch her blow  fuse literally.
Step 8 - Hi Sophia.....Bye Sophia! 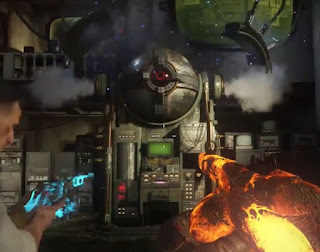 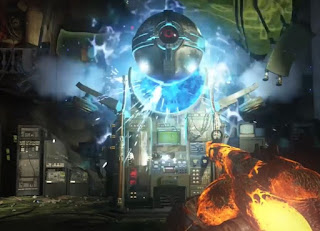 When you head back to Dragon Command you will see Sophia sparking and sizzling and she will eventually blow up and disappear. When she does, stand where she was located and a trap door will open and throw you into a stinky sewer system again. 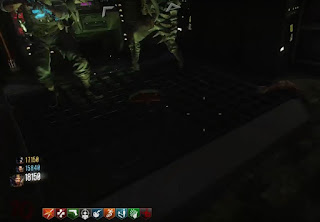 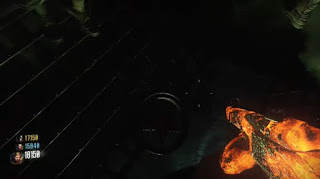 This will drop you down into the boss fight area. In order to activate the boss, simply activate the green platform via the control box in the middle of the pillars in the centre of this area. The dragon boss will then spawn and unleash hell on the area in a baptism of fire. 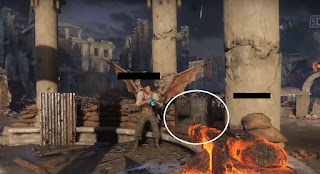 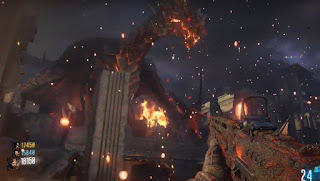 It may shock you when you see the 60 foot dragon appear initially but show him no fear and stare him right in his beady eyes and tell him....."Your ass is about to be kicked boy!". He probably won't hear you over your screaming in terror along with your team mates....but it will make us feel better later. Now and again the dragon will totally scorch the centre area to the left and right and you can use the little trenches around the sides to avoid the fire he breathes....if for any reason the zombies get to much on your back and you need to run through the fire without being hurt, equip the Dragon Shield to hold back the flames for you while you move. 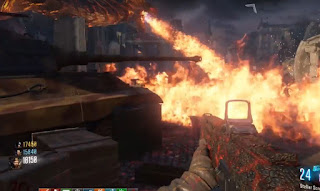 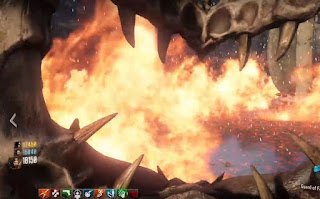 While this dragon boss fight is going on, you will notice Nikolai 1.0 like a headless chicken. running around from time to time. Focus on killing the dragon boss first, then we will deal with him later. We are trying to survive the dragon fire and zombies until we see a glowing part of the dragon become visible. This will be on his chest, side or tops of his shoulder and his neck. When you see the glowing area, get everyone to take aim and light this bad boy up dealing as much damage as you can as quickly as possible before the next wave of zombies or fire reigns down upon you. 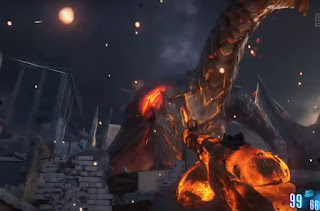 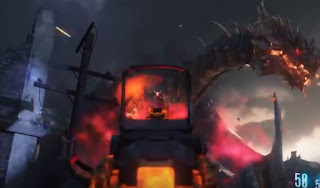 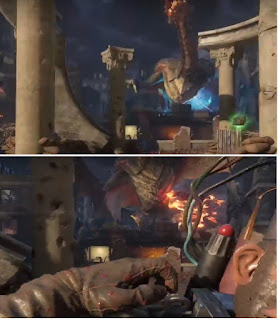 You want to keep shooting the dragon in these glowing areas until it flies off to another location within this area. When the dragon flies to the new location, Nikolai 1.0 will fire his harpoon gun into the dragon and create another area which will be glowing and can be shot at. This will happen a total of 3 times the dragon will fly off to a new location and each time you deal enough damage at a particular location, it will fly off again. Keep this up until the dragon has 3 glowing spots on its body. Then keep shooting it and on the 3rd sequence of this it will eventually die and explode. 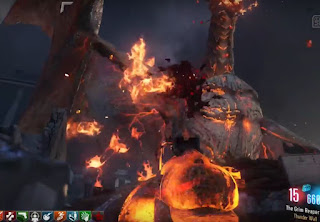 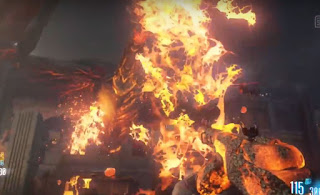 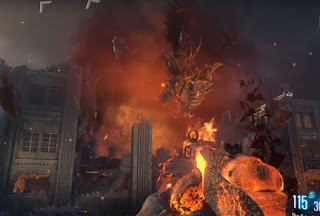 Now once the Dragon has been destroyed, a small cutscene will play showing Nikolai 1.0 in his very cool looking mech, while the real Nikolai explains in not so many comforting words that in order to stop the war he is going to have to wipe him off the face of the earth. Never say that to a drunk Russian in charge of a huge mechanical war machine.....he does not take it will. Nikolai will carry out his basic instinct which is to survive and will try to take you down. 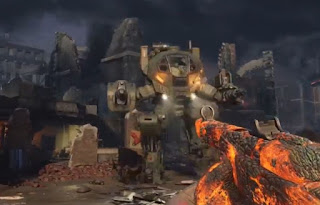 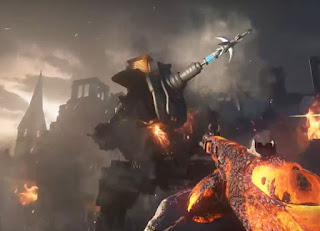 The key to killing him is to shoot the glowing YELLOW bits on his mechanical suit which will start to cause him visible damage. These are on his shoulders, right and left and just underneath the glass cockpit on his chest. Watch out though he has 3 different types of attack he can hit you with his first is gun fire from his main turret, he shoots out his electric harpoon and releases R.A.P.S. from his back so beware. After you have caused enough damage to his yellow areas, the final part will be to shoot him in the large yellow bit on his chest that will open up continuously. 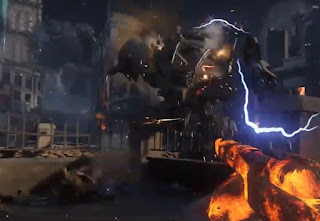 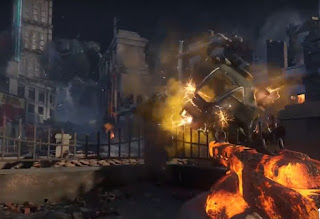 Once enough damage has been done he will fall to the ground and the ending cut scene will play. Once you have done this you will be awarded all perks in the game, the ending achievement for the Easter Egg as well as all players but Richtofen hearing a special Message from Dr Monty. 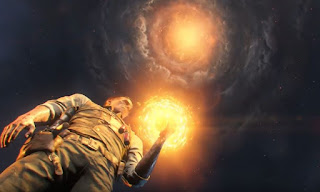 Here is also the ending cut scene to the game if you have not seen it:


If unsure about any of these steps, then please watch MRDALEKJD'S Youtube channel to find out exactly how to do the main Easter Egg:
Thanks for reading as always guys.
Henry
Posted by Hazzman at 20:48