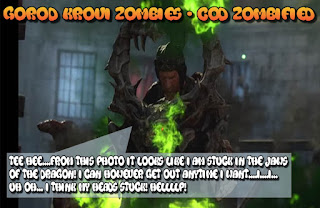 here is the buildable guide to show you how to locate the 3 parts for the Dragon Shield in Gorod Krovi zombies for Black Ops 3. There are 3 parts, as usual, to collect in order to make this awesome defensive weapon, it has a FIRE ATTACK as well as a MELEE attack which makes it a very powerful defensive and offensive weapon. It also strikes fear I am sure into the zombies hearts as when you see someone coming with it the menacing jaw your peering through is enough to make the undead dead again! Its proper name is not dragon shield but "Guard of Fafnir".

I bet your interested to know how we get this magnificent weapon of dragon sorcery, so lets get down to it: 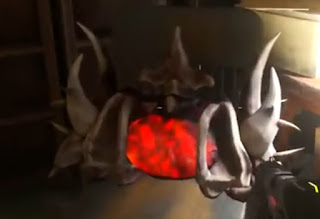 This first part can be found quite easily and is in plain site for each of the 3 possible spawn locations. It is the top part of the shield which has a Red Gemstone embedded in it along with some funky and creatively beautiful metal spikes sticking out of it.

It can spawn on the chair in the room which contains the Juggernaut Perk Machine. This is on the SECOND FLOOR of the burnt out building that can be entered as soon as you come out of the main spawn area. Go up the stairs and take a right and its the first room on the left: 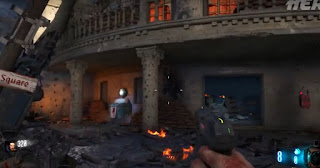 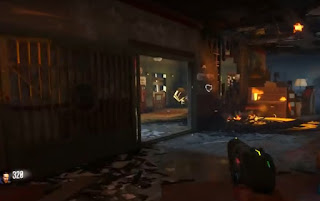 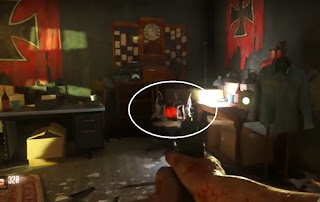 The second location it can spawn in is just outside in the main street when you go out the door to this room that leads outside to the balcony. Take the stairs down to the street and immediately turn left and follow the wall round till you come to a lorry parked sideways. It will spawn just in between  the cab and the cargo box on the back as shown here: 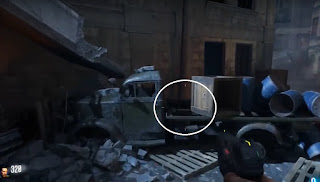 The third and final place this first part can also spawn is inside the "OPERATIONS BUNKER" on the ground floor just across the street from the truck spawn location. Simply go into the bunker and turn left on the ground floor and near the radio equipment on the left, you will see a stack of shelves. The part will also spawn on these shelves if not at the other two locations. 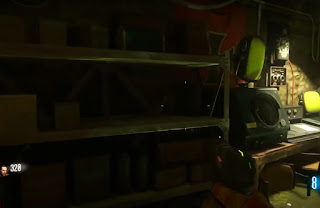 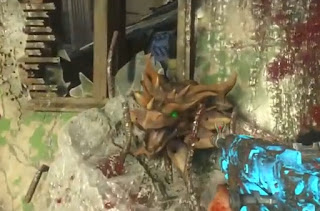 Where Part 1 spawns beside the Radio Equipment in the Bunker area, you will find that there is a set of stairs that will take you up a level to the INFIRMARY. Follow these stairs up and you will find at the top of the stairs, just to the left, 2 boxes, one white and one grey. In between these boxes is where the Dragons Head can spawn sometimes. 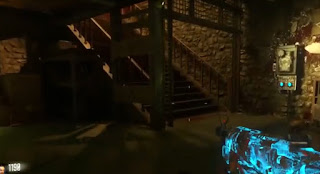 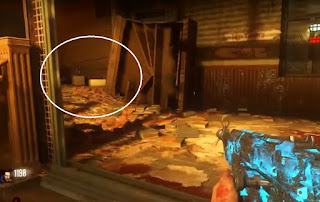 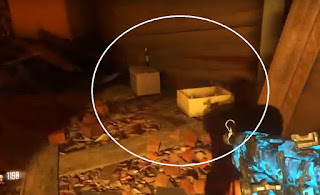 If the second part is not located between these two boxes, simply turn 90 degrees left and walk towards a set of bunk beds that are just a few steps away from here up a slight incline. This is the second possible spawn location for this part, on the lower bunks bed as shown below: 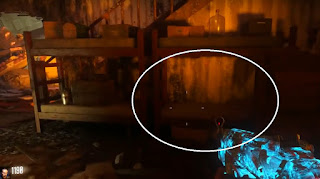 Again if its not located in this second spawn location, don't fret, we do have one more location up our sleeve. Simply follow the stairs, located just behind these bunk beds, to upstairs where the main infirmary area is with all the beds and blood splattered around the place. The Part is located just behind the surgical screen that's facing the DOUBLE TAP perk machine: 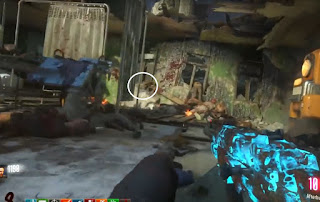 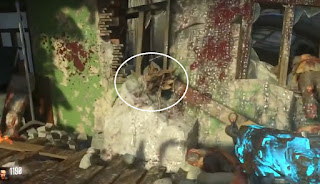 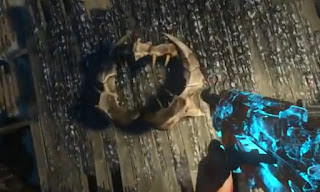 This last part is located in the building which you need to activate the bridge in order to get access to from the Infirmary area to the ARMORY AREA.  When you walk across the bridge you will be at the first spawn location for the 3rd part which is located on the wall at the end of the room as soon as you cross over the bridge and turn left as shown below: 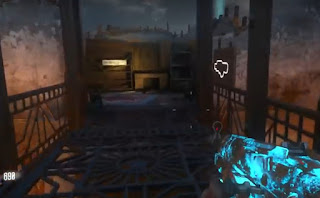 If not in the first spawn location for the third part, simply follow the stairs down to the right of the first location and go down to the next floor and it will appear on the wall facing you as you come down the stairs. 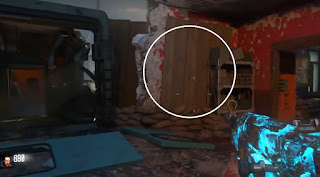 If not at any of the before mentioned locations, then it is bolted to the wooden part of the floor boards in the next level down again beside the WONDERFIZZ machine locations to its left.

Once you have all 3 parts collected, simply locate the nearest build table and the Dragon Shield is now yours. Be careful with it its not a toy! :) 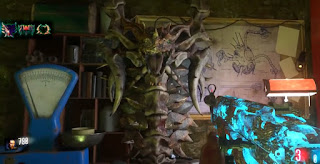 Still unsure of the locations? Then check out HERPS Youtube channel and video below to help you out:


Thanks for reading guys.