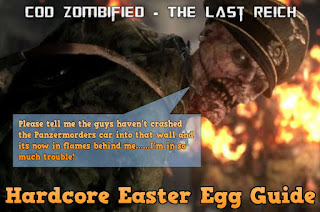 Now we have picked up the TALON SWORD, we can not only start slicing our own pizza like Leonardo did in the Teenage Mutant Ninja Turtles  when it arrived unsliced, but we can now hack zombies arms and legs off with it in order to make sweet music in the local pub.

Its believed that you need to get a consecutive amount of kills within a certain amount of time, without leaving the PUB...and lets be honest....no one wants to leave the pub not even on last orders.

Once you get enough souls and have satisfied the record players thirst, the music that was previously playing earlier on, will now change to a different tune. Once the record player is fully charged, try and keep a zombie at the very end of the round as you will need to listen to sounds coming from the record player very carefully in order to proceed with the Easter Egg.

The RECORD PLAYER will now play a sequence of numbers which will sound like someone knocking. These numbers change every play through so may not be the same on the next play through.

Write down the number of knocks played by the record player, this is how it behaves:

Now before we go any further, hold your horses.....hypothetical horses....we need to make sure that by now we have the Upgraded Tesla Guns and have completed all the main steps of the Easter Egg up to the HILT. 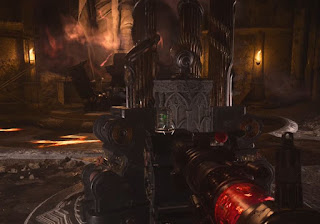 The notes we put into the machine will be the sequence of numbers that the record player drunkenly sang to us in its dreary slow motion style recording it played to us. 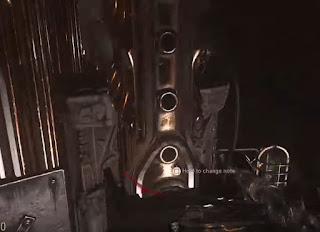 So lets do this....walk up to the machine and stand in front of it so you are also facing the statue behind it and input the numbers in a CLOCKWISE direction. So the first number given to you by the RECORD PLAYER will be input from the left and work your way around the machine until they are all inputted.

Once all have been input, go around to the front of the machine and press the button in the middle to "Confirm Voice Of God Tone". Confirm it and now all we need to do is get this party started by electrifying some chandeliers.

Now that the new notes have been inputted correctly into the Voice of God Device, we need to shoot the chandelier in front of Barbosa's statue, on the ceiling, with each of the upgraded Tesla Guns. 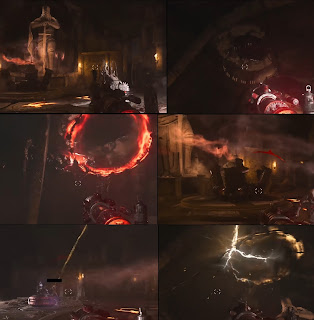 Aim for the candles poised on the chandelier in order to get this to work. When you do this correctly, you will see surges of electricity hitting that chandelier and lots of loud noises and bangs, so cover your ears.

Once you have done this correctly it will come up with a message saying that you have "Found the Rabenherz" which is a ruby. This will go into your inventory. 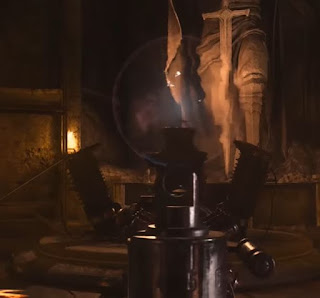 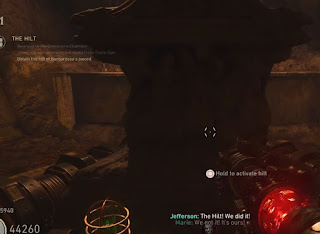 Now that we have this, it means we can now get into the BOSS FIGHT and kick some serious zombie flesh eating butts.  Go to where the HILT is and shoot the HILT with the upgraded TESLA GUNS. Do this in a coordinated fashion. Once it has been shot with the guns it will release the HILT so you can pick it up and activate the cutscene for the end boss which is the PANZERMORDER.

This fight is exactly the same as in the Casual Easter Egg except its twice as hard. If you have never fought him before then check out PART 3 of my Casual Easter Egg guide on the step called "Stop bossing me around Panzermorder!".

Basically its harder this time around by the fact that:

Just light previously, every time you attach the battery successfully he will disappear off the map and then return shortly after the zombies have had some fun with you. Then eventually the Zeppelin will return which you can shoot down the battery again and charge with zombie souls. Simply repeat the process a total of 3 times and your golden.....just try not to get killed in the process.

When you completed the process of attaching the battery 3 times, you will get the same cut scene as you did in the Casual Easter Egg ending, but the ending is slightly different as KLAUS is still alive.

When you stand near him he will grant you INFINITE AMMO and you will also get ALL PERKS only for the life that you currently have. If you go down, you still have 6 PERK SLOTS and can simply run around and buy all the perks again if needed.

Still not sure how to complete the Hardcode Easter Egg? Then check out MrDarlekJD's video below on YouTube: