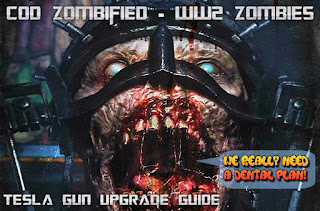 Here is the full guide on how to upgrade the shockingly awesome, electrifying Tesla Gun within The Final Reich Zombies map in Call Of Duty World War II. Upgrading the Tesla Gun to one of its 4 kick ass alter ego's will give you some serious fire power against the zombie hordes.

The 4 upgrades to the Tesla Gun will turn it into one of the following:


I'm not trying to make it awkward for you, but there is a tiny pre-requisite before we can upgrade the Tesla Gun, which is:


This stage can be found in Part 2 of the casual Easter guide where the player must defend the tower from being destroyed.

Now lets get down to business....


Upgrading to the "Midnight" Tesla Gun

In order to upgrade to this gun, we will need to obtain a Brenner head. This can be done by annihilating the flame thrower zombies that spawn into the map at times and really turn up the heat on this map. After you gun him down and roast him like a marshmallow, pick up his head which falls off and left on the ground.....don't worry he won't be needing it anymore.

Pick it up then head over to the Courtyard area. Here at the gate that you open to get to the courtyard, which costs 1500 JOLTS, we need to open this gate and as soon as we enter the area, turn left 90 degrees and you will see a stone statue. Equip the Brenner head and use the aim down the site to activate its mystical powers which shines purple on the statue and it will explode into a million pieces. 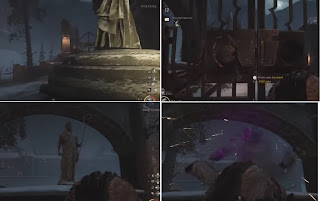 This will then leave behind a measly stump of stone where it used to be along with a flat power core that needs charged. The charging will be done with the Tesla Gun, simply aim at the core and shoot it and it will come flying into the map and land on the ground. Pick this energised core up and place it in the S-Mine Trap core, just to the right of the statue in this area. 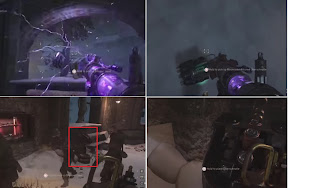 Now what you want to do is get lots of normal zombie kills with this trap that throws up bouncing betty's out of the ground, handing out huge amounts of damage to anyone that gets in its path, dead or undead....stay back from the explosions as they can hurt you too...duh! Train a lot of zombies into a line and then lure them into this area and activate the trap which costs 1000 JOLTS. Always watch behind you in this area when the trp is active as the stairs just behind you is a spawn area for zombies and they can come thiack and fast up these stairs if your not careful. 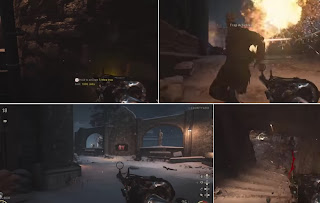 Once the trap has finished and you have killed enough zombies, you should be able to lift the charged power core from the trap core and carry it down to the Electric Trap in the Laboratory Area. The power core is then placed to the left of the weapon forge machine that glows yellow as shown in the picture below: 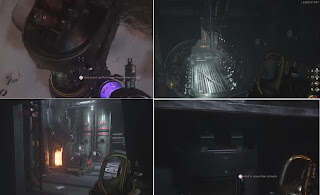 This will then activate a health bar above it once it is in place and you will have to protect it from the zombies attacking it. Simply defend it like you defended the tower and the central lightning rod. Once a certain amount of time has passed, the weapon forge machine will spit out a TESLA GUN BARREL for you to pickup. Hold the use button to pick it up and then head up to where you originally made the TESLA GUN in the machine on the COMMAND ROOM's top floor. 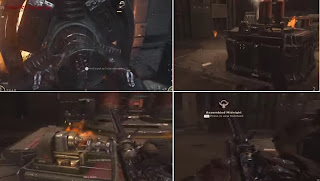 When you get there part of the machine will be raised simply go up and press the use button on this side to create the new TESLA MOD. It will say hold to create MIDNIGHT. Put the gun into the machine and a short time later it will spit out the newly upgraded gun for you to use. Its the green gun that fires elliptical bolts of green energy into zombies. 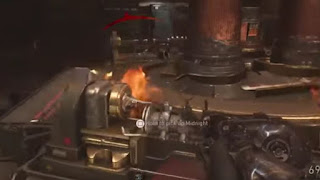 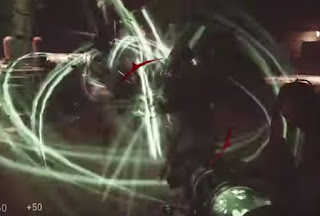 Upgrading to the "Hurricane" Tesla Gun

Hold onto your hats its going to get windy out there! To get the hurricane tesla gun upgrade, we need to get another power core. To do this, we need to use a BOMBER ZOMBIE to blow up the grey panel that is on the stairs that leads to the top floor in the LABRATORY AREA just above the electric trap. 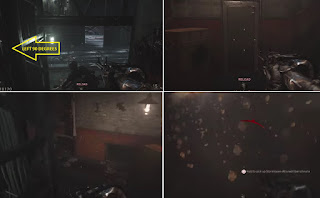 You simply need to wait at the top of the stairs until a bomber zombies trundles his way up and you just have to run into him on the stairs to detonate himself and blow the crap out of the grey panel. When he explodes, the power core will fall to the ground and can be picked up.

When you pick it up, if your not fit like me, don't worry as you will not have far to leg it to the place where you need to place the core. Its in the centre of the actual ELECTRIC TRAP it needs inserted into. When inserted, we need to lure the larger, taller zombies with spikes on their arms into the trap to kill them. It costs 1000 JOLTS to activate the trap and you must kill the spikey zombies in pairs of 2, they cannot be killed individually. 3 sets of pairs seems to do the trick so to be on the safe side say 6 of the larger spikey zombies need zapped to charge the core. 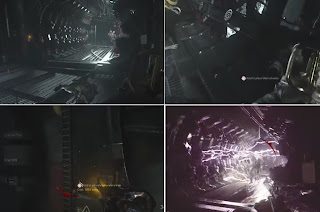 Once the core has been charged, simply pick it up and then go to the weapon forge in the LABRATORY AREA where you got the Tesla Gun Barrel for the Midnight upgrade, but this time you will place the charged energy core on the right hand side of the machine. 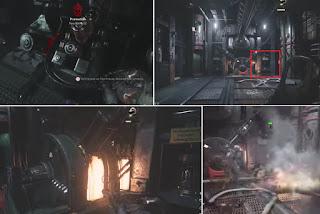 This again activates the defend the power core objective and just like the last time, after a short space of time, the machine will spit out the gun barrel piece for the Tesla Gun. Then we simply repeat the procedure as we done for the midnight tesla gun upgrade. Hold the use button to pick it up and then head up to where you originally made the TESLA GUN in the machine on the COMMAND ROOM's top floor. 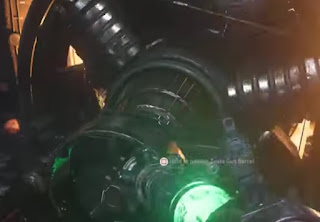 When you get there part of the machine will be raised simply go up and press the use button on this side to create the new TESLA MOD. It will say hold to create HURRICANE. Put the gun into the machine and a short time later it will spit out the newly upgraded gun for you to use. Its the purple gun that fires purple bolts of energy out surrounded by circles of energy

Still unsure how to do these upgrades? Then check out GregFPS's video below:


Thanks for reading as always guys