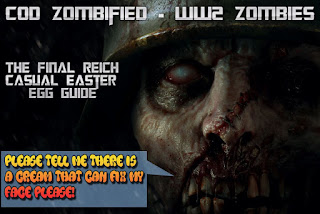 Here is the full walkthrough on how to complete the  Casual Easter Egg within The Final Reich Zombies map in Call Of Duty World War II. Completing this Easter Egg will not only earn respect and kudos from myself, but will also get you the "Fireworks" trophy / achievement depending on whether your playing on PS4 or Xbox One.

Before we start the Easter Egg, make sure you have paid your electric bill for this month as before we begin, you need to have:

If your not sure how to turn the power on for these areas then please see my other post on Turning on the Power for this map.

Now we have got those pre-requisites out of the way, we may begin....

Once the SALT MINE door has been opened, follow it all the way down until you enter the EMPERORS CHAMBERS area. There will be quite a few things we will be doing in here but the first is to go up to the section at the back of this room where the large statue of Barbosa is located and in front of it is a scary looking device called THE HILT.

Walk up to the HILT and activate it by pressing the USE BUTTON on it. It will make a machine above it start to levitate. While it is active we need to charge it up with zombie souls by killing zombies near the machine and sending their soul off to the netherworld where they belong. With each one you kill you will notice electricity being zapped form their bodies into the machine.

Once enough zombie souls has been collected by the machine, it will rise up from the ground in this section and go towards the ceiling where it will then enter the COMMAND ROOM above. You know when the machine has quenched its thirst for zombie souls as the room will glow a red colour and it will say that the DEVICE CANOPY needs to be unlocked. 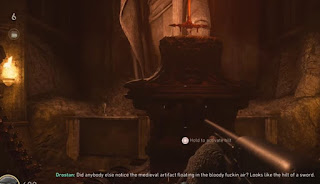 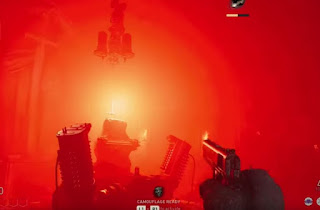 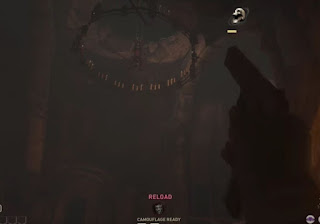 You will notice that the device floating on top of the machine, a GEISTKRAFT TRANSFER DEVICE, will be rising up to the ceiling.

What's your orders sir? Command me!

Now you need to leg it up to the COMMAND ROOM and in the centre of the room there is a triangular shaped metal container with a crank on it you need to turn to open it up by pressing and holding the USE button on it. 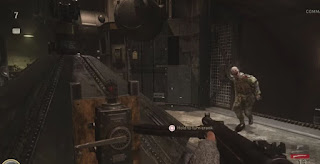 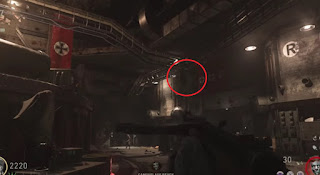 This will reveal the transfer device that was sent from the depths below which will continue to make its way up to the ceiling of the command room onto a set of rails going around the top of the room.

Once it hits the ceiling rails, you need to run upstairs in the command room and find the RED BUTTON shown below: 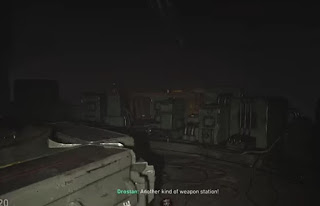 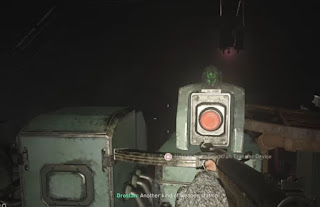 Once you press this button, the GEISTKRAFT TRANSFER DEVICE will start moving on the rail system. During this move it will glow red and there will be a red circle underneath the device. 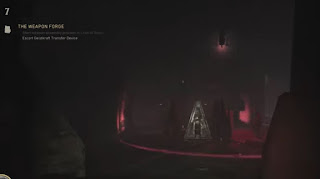 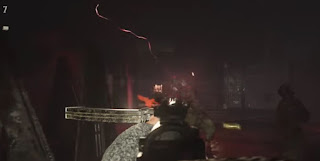 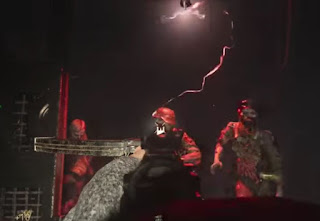 The device will start to move along the rail system out one of the 2 side doors that lead into the command room. Sometimes it will stop and if it does, you need to stand in the RED CIRCLE area and kill zombies to charge it up and keep its electrical juices flowing. Its almost like an battery powered fan blowing a paper boat along, when the battery starts to go charge it up again to keep it on the move.

Eventually the TRANSFER DEVICE will enter a the WEAPON FORGE machine for about 30 seconds and then pop out a piece of the TESLA GUN. Once this has happened, pickup the Tesla Gun Barrel and the device will start moving again on its journey. 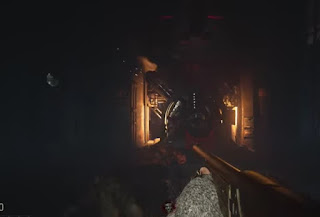 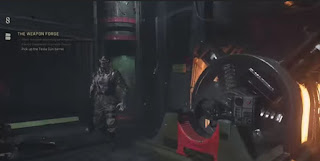 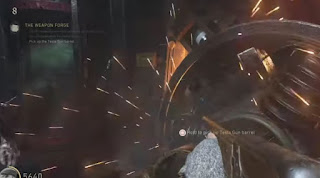 The device will start moving along the rails again and exit the room it has just been in, go back into the command room and across to the room on the other side adjacent to the room it entered first. Do the same procedure again following it and keeping it charged with zombie souls.

It will then enter another weapon forge in this area and will work its magic on the transfer device before popping out the second part of the TESLA GUN which is the TESLA GUN CORE. 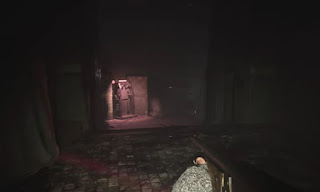 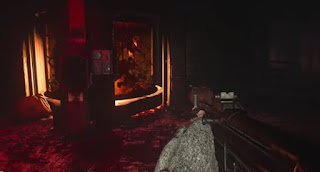 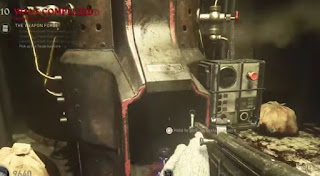 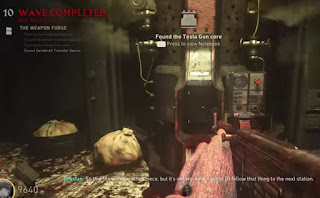 Once you have picked this up, the transfer device will continue on its journey back to the COMMAND ROOM.

You play with fire you get burned.....don't lose your head over it though!

When you get to the COMMAND ROOM a FLAMETHROWER / BRENNER ZOMBIE will spawn and jump down to light the place up....well mainly you....I do hope he has good house insurance as he is wrecking his own place of residence. 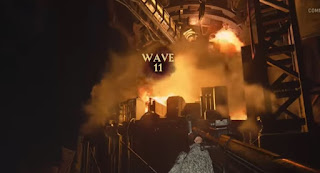 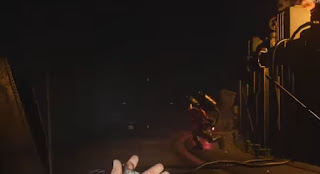 He has a good bit of health but shooting him in his weak spot, the gas tanks on his back, will deal the most damage or head shots. He has a lot of health and will take a lot of shell casings to put the bugger down, but once finished we can roast marshmallows with his flame thrower so result!

Watch where you kill the burner zombie as his HEAD will fall off and need to be picked up. Once he is dead, take on the gruesome task of retrieving his head. When this is done, you will notice that the transfer device has made its way to the back of the COMMAND ROOM 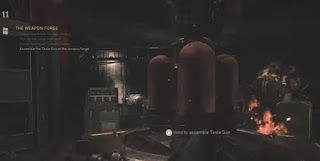 You need to make your way upstairs and you will find the transfer device has made its way onto the WEAPON FORGE TABLE. Simply walk up to the table and press the USE button on it and it will start to craft the actual TESLA GUN itself.

It will take about 20 seconds to craft where you can then pick it up and start using it to your advantage. 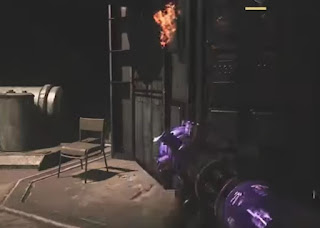 Unsure of any of the steps? Check out MrDalekJD's video below: