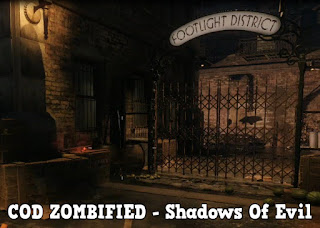 here is the map layout for the Footlight District in Shadows Of Evil in Call Of Duty Blacks Ops 3. There is nothing light about the footfall that comes through this area as it is very narrow and places and has a ton of zombies squeezing down every nook and cranny which sometimes forces you into a bottleneck if your not careful. 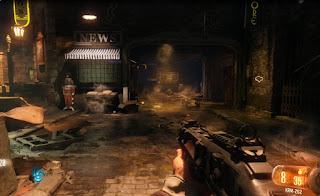 This area provides access to the RIFT which seems to be a place haunted by souls as well as zombies that attack you as soon as you enter it first time. They are the same kind of souls that appear from portals when you obtain the fountain pen from the JUNCTION area, when you are attacked by two or three of the sneaky buggers.

This area also has an important part of the Apothicon Sword weapon Easter Egg as it contains one of the 4 statues that you place the Apothicon Egg onto, which is obtained from entering the rift and inputting the 3 symbols you spotted on the train through various buildings windows to unlock the sword location.

Here is the Map Layout for the Footlight District: 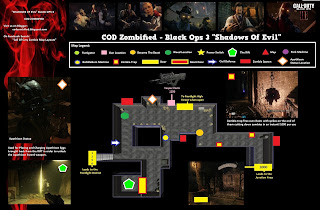 It contains a zombie trap called the Chain Trap which cuts down zombies in their tracks into a pile of bones by firing chains from left to right continuously with spikes on the end of them and just totally shreds the zombies into mince meat. 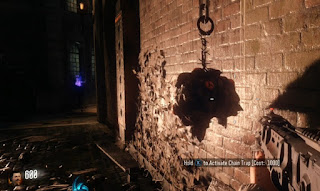 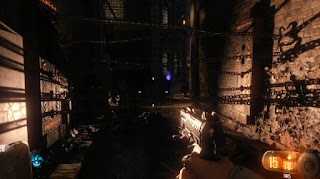 In order to reveal the Apothicon Statue in this area, you must be the BEAST and find the crate which has the ancient writing on it which is glowing and smash it open to reveal it.

While in BEAST mode, you should go to the alleyway which has a door that can only be opened in BEAST mode and has the same ancient writing and symbols glowing on it. Smash it open and it will reveal the RIFT's location. 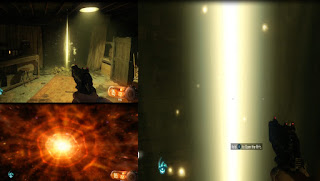 Turn back into human form and go back into the room and hold the use button to open the RIFT. This will teleport you to the RIFT location and those evil souls should attack you along with a few zombies. I will leave the RIFT area for another post for its map layout and everything that's contained in it. You can get the low down of it by checking out the Apothicon Sword Guide which I have also written for you to know more. 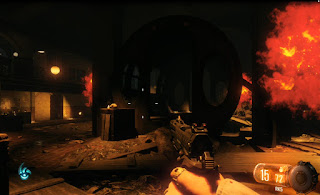 Thanks for reading as always guys and enjoy!
Henry