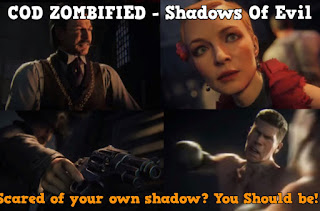 the long anticipated return of Treyarch to the Call Of Duty Black Ops 3 multiplayer and zombie scene has been a long time in the making and from what I can see so far after picking up my copy of Black Ops 3 Yesterday.....its been worth it!

The game play in single player campaign, along with multiplayer and zombies just feels so much more solid this time around. The new engine looks beautiful at rendering the shadow and lighting effect in the levels and in the zombies game mode the map "Shadows of Evil" just looks stunning with all the lights of the hustle and bustle that a city should have.

The Exo Suit is not in this version, instead it is a mix of technology and upgrades to existing weaponry in this edition rather than way in the future of soldiers being able to jump around and boost all around the place left right and centre like in Call Of Duty Advanced Warfare. The boosters in this version are used for double jumping, sustained jumping with thrust, and thrusting slide.

I have created a new look to the normal map layouts hoping they will be much easier to follow and use, as I am keeping a lot of the text and typing to the blog posts more and simply concentrating on getting the key points of interest inserted into the maps, rather than lots of screenshots all crammed into a tight space. I hope you like the new look!

Here is the first part of Shadows Of Evil the main spawn area: 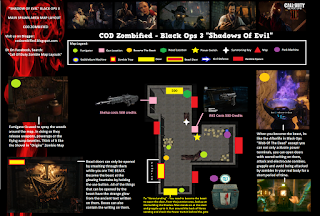 Learn how to open NERO'S LANDING fence as the BEAST in the video below. It is accessed from the JUNCTION area:

What I know about Shadows Of Evil so far: 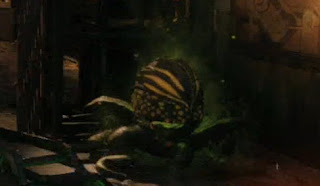 Weeds - these appear in certain places randomly and you need to have the fumigator picked up, kind of like the shovel in "Origins" where you dig in certain places to find power-ups hidden under the ground, in order to spray on them to release what they have inside them. They sometimes release a power-up, a weapon or a flying wasp style creature which seems to have replaced the dogs appearing after every so many rounds.  If you leave them for a while, the weeds will turn RED. When they do, they will have a powerup usually inside them guaranteed. Let them grow for a round or two and see what they blossom into and reap the fruits of your labour. 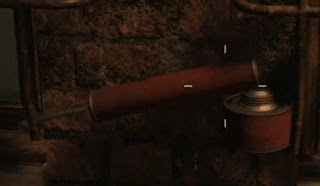 Fumigator - Is used to kill the weeds that grow throughout the map. They can be found in the main spawn area and all over the map which is very useful in case someone goes down in the higher rounds and spawns somewhere else that is not the main spawn area.

Become the Beast Fountains - These are kind of like the AFTERLIFE feature of "Mob Of The Dead" in Black Ops 2, where the user becomes a ghost and can shock power terminals to provide electricity to them and activate things like perk machines, traps etc. The "BEAST" in this version however is slightly different, as the beast you can melee zombies, electrocute zombies, shock power terminals to turn them on, grapple and also smash open doors and boxes which contain ancient looking, glowing text on them. You will return to your previous position when the allotted time you have runs out as the BEAST. You can also revive downed team mates while as the BEAST, zombies do not attack the beast so its quite useful when someone goes down in a crowded area.

Summoning Keys and more - There appears to be objects that need to be collected in this map. Once you pickup one of them, the list will appear in the top left hand corner of the screen showing you how many are left you still need to find. Once I have found out what they are to be used for, it will be included in my walkthrough Easter egg guide for this map. The first summoning key is on the back of the pickup truck in the main spawn area. Turning into the beast and smashing the box on the back of the lorry will reveal it. You cannot pick up the keys however when you are in the BEAST form, it must be HUMAN form. When you see a box you can smash when in BEAST mode, you will see a white icon such as a thumping symbol appear as shown in the picture above. Excuse my ugly face that is saying hello in the list of the summoning stones image :).

Flying Demons - these flying demons come out of the weeds that you spray with the fumigator at times and can be very annoying to shoot. Best taking them down with a machine gun or assault rifle, especially when large numbers are huddled together. They appear every so many rounds, kind of the same as the hellhounds in all other Black Ops zombie levels, and can take you off guard sometimes.

Gobblegum Machine - These machines offer temporary powerups that are used instantly or automatically when you restart a round, or as soon as they are eaten. They cost 500 credits to use and can be very useful indeed. You may think at times when you see the powerups offered you may never need them, but as the rounds go on, you will wish you did have them at times trust me. Each player can setup their own types of powerups in the lobby menu under Gobblegum before starting the game to customise them to their own needs and style of play.

Well thanks for reading guys that's the longest post out of the road explaining most of the things I have found in the map so far. Next I will start mapping out the areas again individually. Once all areas are completed, I will then do the Easter Egg Guide along with any secret songs and hidden gems that are lurking within the level for you.

Thanks and enjoy the game!