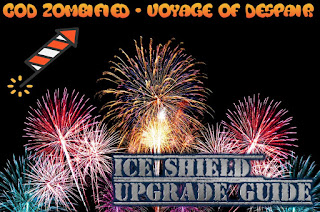 
here is how to elementally.....my dear Watson....upgrade the Ballistic Shield in Call Of Duty Black Ops 4 in the zombie level Voyage of Despair into the awesome Ice Shield.

Fire away
Once we have the Ballistic shield built, we now need to start looking for the Fireworks on this map in order to begin the upgrade process. The fireworks we require can spawn in a possible 5 locations so if it doesn't appear in the first place we say it will spawn, don't panic and start pulling your hair out, there are other possible locations to find these bad boys.

Lets get these locations mapped into your head so you can find the fireworks no matter where they spawn. Each play through, as usual, they can change spawn location, so may not be in the same location every time.

We are looking for gold pipes in each of the locations which must be used to launch the firework.


To the left of the captains wheel, inside the main Bridge area and can be seen by looking in the window shown in the picture below: 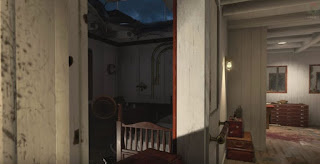 It can also be seen from just outside the Captains Wheel by looking in the window thats to the right, shown below: 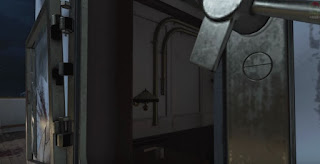 
The next location is just by the RK7 wall buy as shown below and will be intertwined between all the dials and gadgets on the table that is lit up: 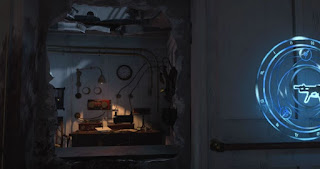 
The next location is left of the perk in the First Class area. It is in a room with a large mirror, chest of drawers and a chair. There will be two pipes running down left hand side of wall when you look into this section as shown below: 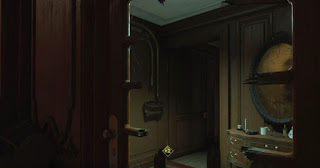 
This locations is near the Aft Deck / Promenade area and is very easily distinguishable as the whole room has red carpets and even redder chairs in it which are tipped over, along with a few desks with lamps on them. You will know you are in the right area when you can hear some music playing, when you do, take a right and you should see this window to have a yonder at. You will see the pipes in the background again: 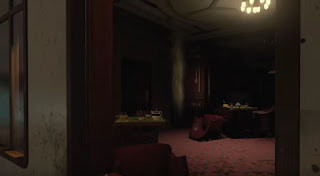 
The final location for the fire works is in the area near the Third Class section. near the Provisions. If you look through the window near where the stairs are for heading down to the Provisions area, you will see the two pipes coming down from the wall to a desk where there is a dead body sitting: 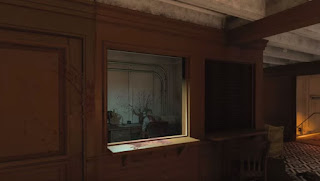 When you have finally found the pipe that has a small item inside of it, as shown in the picture below, you will notice the pipe is shaking from time to time. You need to shoot this item and it will get sucked up the pipe where it will be teleported to another location on the ship. You will know you have hit it correctly as you will see a hit marker appear when you shoot it: 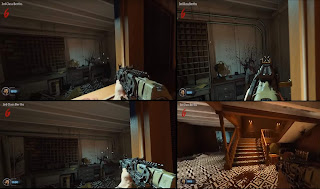 This other location will be one of 3 possible spawn locations.


Quit Piping Up
Now there are 3 possible spawn locations this pipe could have ended up, if we had to search every pipe on the titanic we could be here till the end of time, as god know how many miles of pipe are running around the show.

Luckily the game has narrowed it down to only 3 locations so mop that sweat off your brow.


Pipe Spawn Location 1 - Millionaire Suites
To the left of the red teleporter portal, next to a mirror and dresser, its in a small box sitting on a tiny little table: 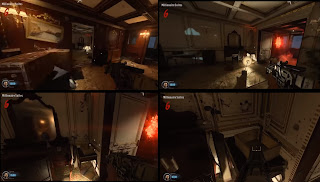 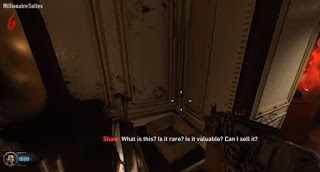 Pipe Spawn Location 2 - Engine Room
This spawn location is in the engine room near the doors where you go through from the Provisions area and enter the engine room, by heading down the metal stairs. When you see the word HELP halfway down  these stairs, just past this cry for HELP, you will see a small table with a basket on it and a pipe going down almost into it. This is the second spawn location: 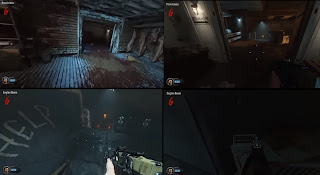 Pipe Spawn Location 3 - Mail Room
This is a lot easier to find this pipe as its simply in the corner of where two of the desks join together in the mail room and is easily visible: 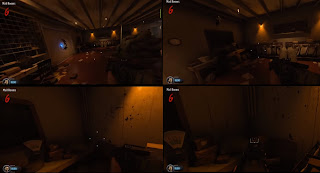 Lets start this party with a bang!
Now we have picked up the pipe from one of the 3 spawn locations, we need to take it to the fire work holders that are placed around the map. There are 4 in total and 2 are located on the Poop deck and 2 in the Forecastle (Main Spawn) area.

These are quite easy to see and are small white tubes at the side of each deck. All you need to do is run up to each and press the USE button to insert the firework.


Fore Castle Firework Tube Locations
At the very edge of the deck on either side. When you find one, do a 180 and run to the far side of the ship and the other tube should be on the far side, directly in line with the other: 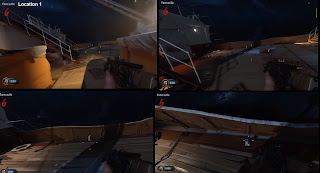 Second location is directly opposite on the far side of this deck: 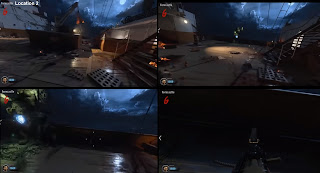 Poop Deck Firework Tube Location
Similarly the same can be found on the Poop Deck at the following locations, they are on opposite sides of the Poop Deck, when you find one, do a 180 and go to the far side of the ship to find the tube: 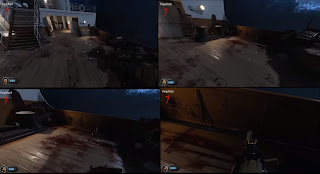 Then over to the far side and the last tube location is in-between two blocks of ice that have fallen onboard: 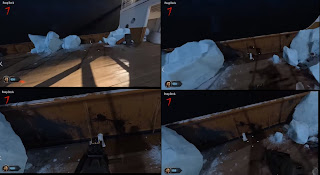 This car needs a pilot....don't you mean driver? I SAID PILOT!
Now we need to complete the secret on this map of the Flying Car. If you are not sure what this is, it basically involves:

Check out the flying car guide to do this step and then return back to this part.

Now that we have got the flying car in the map and soaring his way around the map, we are going to use one of the fire work tubes we put the fire work into, to shoot him down.

Basically wherever you placed the firework, you will wait until this lunatic in a flying car passes over head, then you will shoot the firework tube to ignite the firework which will fly up and hit the car. 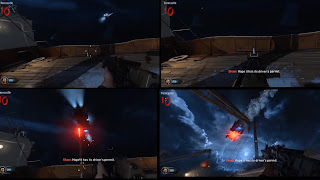 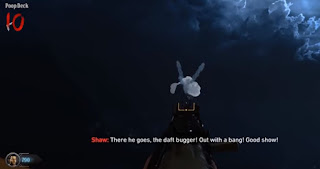 The fire work will stick to the bottom of the car and will make a strange noise. The driver will then fly way outside the outskirts of the map before plummeting down , crashing into a huge iceberg in the distance, giving us a nice explosion effect.

When this explosion happens, it will throw a BLUE ICE BLOCK type of energy toward the ship and will smash into the Buildables Table where you had originally built the Ballistic Shield. 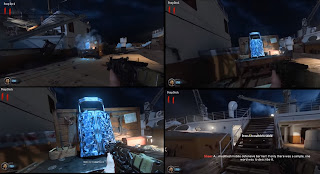 You will now notice that is has turned to ice. It is now called the "Svaalin Guard" when you got to pick it up from the table.

Still not sure how to do it? Then check out MrDalekJD's video below:


Thanks for reading as always.