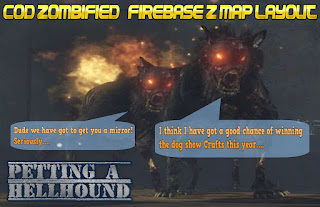 here is the guide on how to get up close and personal with a HELL HOUND in Firebase Z zombies map in Call Of Duty Cold War. It will let you get so close that the HELL HOUND will actually allow you to pet him! Nuts right? Its a little touch introduced into Cold War Zombies in Die Maschine and is also available in Firebase Z. 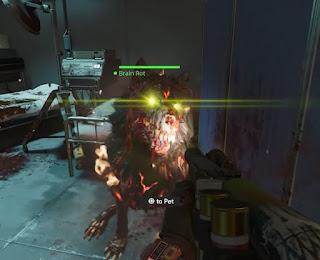 If playing with other people they will be amazed that the hell hound has taken a liking to you and gave up all the killing of your team mates and tearing of their flesh with its gnashers....even if it did take a bit of persuading with some POISON AMMO obtained from the PACK A PUNCH MACHINE.....but they don't need to know that was a helping hand in the hell hound allowing you to pet it.

All you need to do in order to get a hell hound to be petted, is to go to PACK A PUNCH and buy the Brain Rot mod, which is basically poison bullets for your weapon. Shooting a zombie or a hell hound we know will turn one of them over to your side and aid in killing enemies. 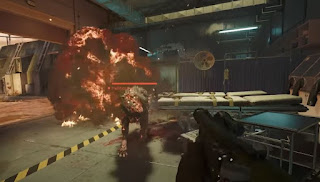 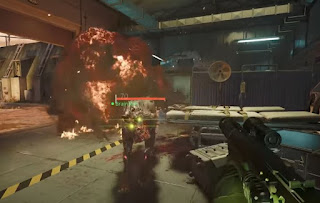 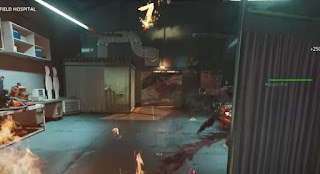 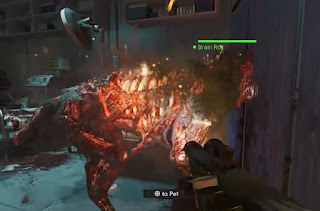 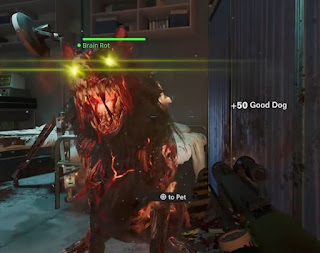 When hell hounds spawn however, wait until they are the last enemy on the map and shoot him with the BRAIN ROT ammo. This will then register it as not an enemy, ending the round and if you walk up to him, he will let you pet him or her and be quite content.

Still not sure how to do it? Then check out Mr Dalek JD's Youtube video below:

Thanks for reading as always guys.
Henry
Posted by Hazzman at 17:24