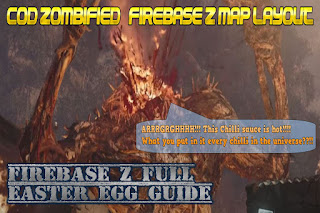 Click here to go to Part 2 of the Easter Egg Guide
Lets get a reaction from this Aether
Next we need to each of the 3 AETHER REACTOR LOCATIONS which, just to jog your memory, are in the following locations:
Simply walk up to the AETHER REACTORS and deposit the AETHER CRYSTALS into each reactor. This will give it a bit of an energy boost and start to over load the reactors. 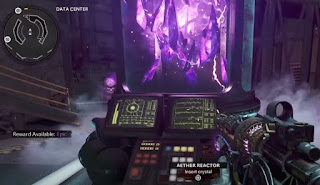 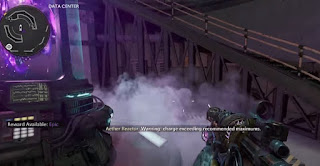 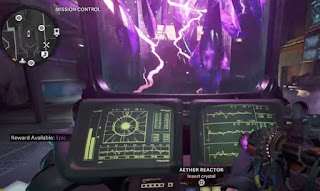 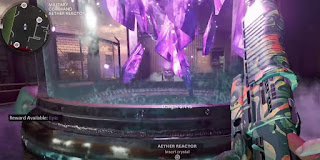 Once all 3 reactors have been overloaded with the AETHER CRYSTALS, you will notice the screen shaking like crazy like your in a pinball machine. This is when you know all hell's going to break loose and something bad is going to happen, like a boss fight coming up really soon. 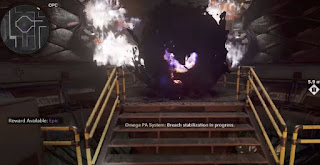 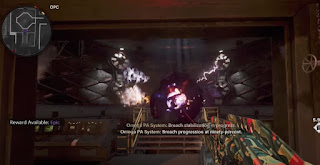 Before you roll your sleeves up ready to give the boss a whoopin, you need to head back over to the OPC AREA first and look at the portal which is about 90% formed, however you are a little short on the juice at present, not fruit juice, the electricity kind. Your going to need to find a way to boost teh power to get the portal to fully open.
Once you have watched the portal within a hair's breadth of opening at the OPC, you need to go to try and talk some sense into Dr Peck in the MISSION CONTROL AREA. 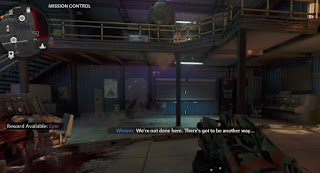 However, like a typical villain, has done a runner and betrayed you into doing his bidding the whole time for him this entire level.
It hurts I know he betrayed you, its what bad guys do, or evil scientists, we just have to hold our head high and keep our pride by strolling onto the next step, never looking back....wiping that tear from the corner of your eye.
Weaver will chat to you during your attempt to chat to Dr Peck about an ENERGY BEAM from a SATELLITE that might be able to be used in this situation.
Planning permission for one portal please
Now we need to head over to the PLANNING OFFICES AREA and while on the way there, Major Carver and Weaver will talk about using satellites to boost the power to the portal in order to make it fully open. 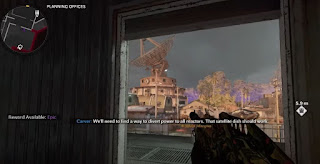 When the two have finished their dialogue, head to the PLANNING OFFICES and then over to the computer that has just switched on beside the window, adjacent to the Upgrade Station and Mystery Box spawn location. 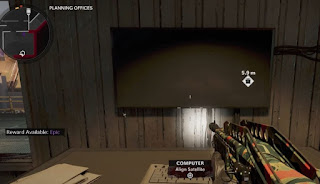 Walk up to the computer and it will prompt you to ALIGN SATELLITE, by pressing the USE BUTTON. It will then allow you to move a cursor on the screen. What you need to do is hover over each of the yellow lights until you see one with a QUESTION MARK appearing when your on it. If its not the correct satellite, you will see country flags such as USA, RUSSIA etc over those satellites, we are only interested in the riddle wrapped inside and enigma, which is the ? mark one. 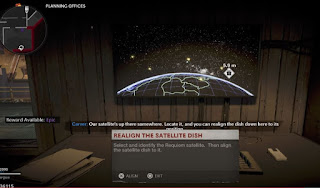 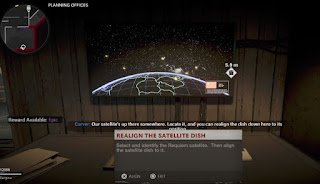 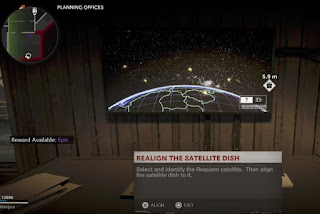 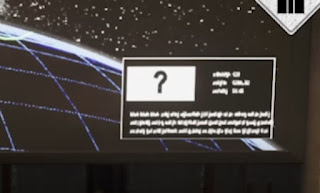 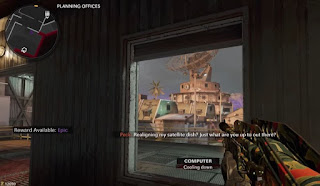 Once you find it press the X button or whichever one it prompts you for to align the satellite and it will move the huge satellite dish outside the window to align with the satellite.
You will also get a free light show in the form of red beams firing into the satellite and reflecting off in all directions which if it doesn't make you go wowwwwww.....then your not having enough fun playing this game.
OMG its the OPC
Now the light show with the satellite dish is going on, head over to the OPC and inside the dome, on the right hand side of the room, there is a TERMINAL TO INTERACT WITH THE OPC. Walk up to it and hold the USE BUTTON on it. 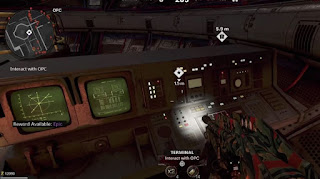 Once you interact with this computer, you will spawn into the boss fight so beware and make sure you have all of your armour and guns PACK A PUNCHED to the max.....or it may be a very short trip to see the head honcho of the map indeed. This will first activate the cutscene where MAXIS comes through the PORTAL before they all have to leg it as the OPC is going into overload and explodes.

You  will then nip through the teleporter back to the COURTYARD AREA where the main boss fight begins and the fight of your life.
Wow Orda what big teeth you have.....like my grandma!
As soon as you arrive through the teleporter into the COURTYARD AREA, the boss fight will begin. The boss is not really the most hazardous thing in this area, his main attacks are firing out flying plague clouds and banging the ground if you get too close with its club shaped hand, but its more the zombies you need to watch out for, as they will be coming from every direction you can think of.
The plague clouds you can shoot while in the air to minimise the attack before it gets anywhere near you. 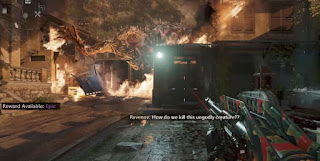 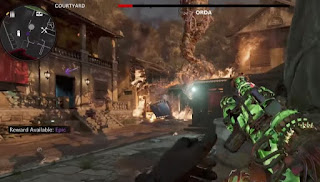 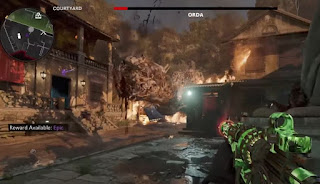 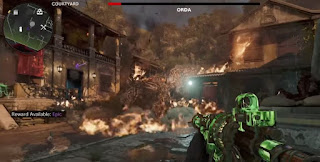 Also not just zombies MANGLERS, MIMICS, disgruntled neighbours.....you name it they will all be wanting to knock you out of this and into the next dimension.
During the running about and shooting of the boss, you will notice now and again that a lava pool will open on his head, its glowing bright red you won't miss it, when this appears it means there is a damage multiplier on the boss at this time. Your other team mates will shout out that now is the ideal time to fill Orda full of lead! 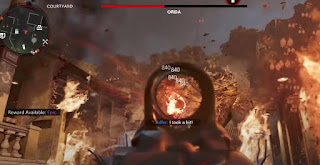 I also noticed that when playing, if you have saved a NAPALM STRIKE or built one from the CRAFTING TABLE in this area, 2 NAPALM STRIKES hitting the box will take around 50 - 60% of his health down. then it took around 4 Magazines with a fully PACK A PUNCHED light machine gun when the bosses red lava mouth was showing and finished him off within about a minute and a half.
If using NAPALM STRIKES in this area, don't forget to seek shelter and train the zombies around the SCIENTIFIC QUARTERS etc until some of the napalm has burnt out. It will kill huge amounts of zombies, but the flame that lingers may also be your worst enemy if stuck and backed up into a corner.

You can damage him even when the lava mouth is not showing, you will just notice the hit points damaged you are doing on him will be significantly reduced.
Once his energy is totally depleted, you Uber will arrive and pick you up and you will have successfully completed this Easter Egg congratulations woo hoo! This I must say is one of the easier Easter Eggs to do, but more enjoyable as you can play zombies maps for years and not complete any of them, which is a bit frustrating....so this one was a breath of fresh air for me.
Then you will see the cutscene at the end:

Here is the ending cut scene if you cannot wait to see the ending:
Still not sure how to do it? Then check out MrRoflWaffles video below;

Thanks for reading as always guys.
Henry
Posted by Hazzman at 21:52